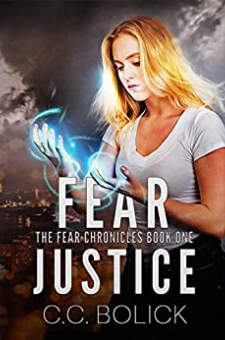 Her power will make her the ultimate weapon. His power means they can never touch.Seventeen-year-old Rena Mason counts the days until she can leave for college. Every night her father drinks himself to sleep, leaving her to care for her younger brother. When her father is kidnapped by terrorists, her dreams of freedom become a nightmare.Stunned that her father has a history with these terrorists, Rena knows she must run or be their next victim. She learns the tough guy at school has a reason to look after her. He works for a government agency with the same goal as the terrorists - find a woman who disappeared eighteen years ago. Time is running out since only this woman's special gift can save the world from a nuclear attack.Rena can't trust the agent who saves her. Nothing about him seems real except for his fight to find justice for his own missing dad. That and the gloves he never takes off. Even while pushing him away, she longs to touch his hand.Can they work together to save lives after Rena learns his real mission is to unlock her power?Fear Justice contains elements of urban fantasy, sci-fi, and paranormal. It's the first book in an exciting new series called The Fear Chronicles.Books in This Series:Fear JusticeFear PowerFear DarknessFear Tomorrow