Fate of the Wolf 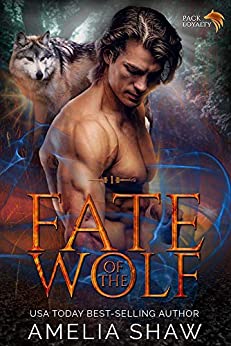 The man who broke her heart… is the only one who can help to save her pack.

Allara was driven away by her childhood sweetheart Reid. She abandoned her pack, her father and her life. Moving to the city was the only way to heal her broken heart. Then Reid barges back into her life, with terrible news. Allara's father, the pack’s Alpha, is dying. The chosen successor of her father’s, Jaime is a cruel Beta with plans to destroy their pack. As a female Alpha, Allara is the only one who can save them, even if it means exposing her heart to Reid once again.

If only Reid hadn’t let the Alpha convince him to break Allara’s heart five years ago. He'd regretted it every day since. But he must put his feelings aside to save the pack that adopted him at birth, even if it tears his soul every time he catches Allara’s sweet scent or witnesses her dazzling smile. He doesn’t deserve a second chance. Not with a woman like her.

Can Allara and Reid overcome the pain of their past while saving the pack Allara was born to lead?

Fate of the Wolf is a standalone steamy paranormal romance in the 'Pack Loyalty' world. Second chance romance, Fated Mates and a kick butt heroine! Guaranteed happily ever after! Read it now! Read more