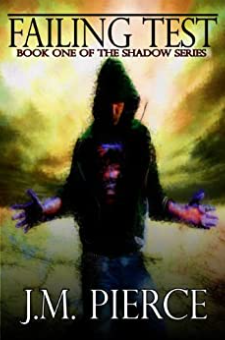 You know him, but you can't remember his name. He is the one that is always there, in the background, all but invisible to those roaming the hallways. What if he had a secret? What if it was a secret that even he didn't know?Test Davis has always been a blur to those around him. He's a shadow like a million other kids--not smart enough for the academic team, not beast enough for the football team, not extroverted enough for the drama crowd. In all things Test is just...not, which is why no one ever notices him.But what happens when someone does notice him-- Nicole Paxton, a cheerleader, no less? What happens on the night that Test finds out there's nothing average about him and that a powerful gift has been hidden within, secretly waiting to be set free and alter his life forever? The question is, will that power save him and those he loves or tear them apart?Failing Test is approximately 84,000 words.***ATTENTION!***Look for other books in the Shadow Series! A Shadow's Light: Book Two, The Memoirs of Clifford T. Johnston: A Shadow Series Novelette, and The Reverence of One: Book Three, are all available!