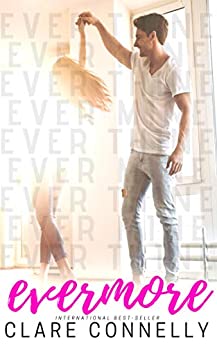 "This is a wonderful series of books."

"Another excellent book from Clare Connelly. I just wish the Evermore series was LONGER!"

Ever thine, ever mine, evermore...

Fall in love with this trilogy of romances from best seller Clare Connelly, published for the first time in one anthology.

THE SHEIKH'S BABY BARGAIN
A baby to secure his kingdom...

Powerful Sheikh Rafiq Al-Khalil has no interest in his bride of convenience. But a year into their cold marriage, he desperately needs an heir. For the sake of his kingdom, he must strike a bargain with his wife: to make their marriage a real one!

From a cold marriage of convenience to red hot passion, but only for the sake of an heir...

Apollo will never forgive her for her part in his father's death, but that doesn't mean he doesn't want her... Can the innocent Eleanor find a way around Apollo's shielded heart and remind him of what they once felt for one another?

One night and a lifetime of consequences...

A bad car accident robbed the ruthless Spanish billionaire of so much. With a failed marriage and the discovery that he'd cheated on his wife and fathered a son with his mistress, Xavier is determined to put his life back together - even if it means marrying the woman who hid their child from him. A woman he'll never forgive!

Fall in love again and again in this adored series from Amazon bestseller Clare Connelly.

"My heart broke for Ellie and Xavier. My stomach was in knots up until the happy tears at the end."

"...yet another gripping and beautiful romance from Clare Connelly."

"Clare Connelly at her best - loved it!"

"Once you start reading, you will not be able to put down until finished."