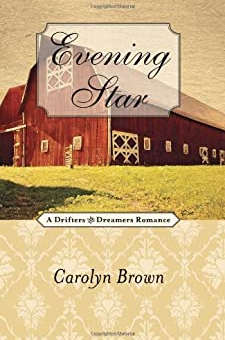 Addison Carter was hired by Magnolia Oil to work as their company doctor in Healdton, Oklahoma. In 1917, oil companies didn't hire women to work for them, so that alone was quite a miracle. At least it was until she arrived from eastern Arkansas with an ego the size of Texas and dreams twice as large, only to have them all shredded to pieces in ten minutes when the directors of the oil company informed her they thought she was a male with a name like Addison. She was sitting on the bench outside the drugstore waiting for her ride to take her back to Ardmore to catch the train back to Arkansas when Tilly Anderson sat down beside her. In less than an hour, Addison found herself at the Evening Star ranch setting Tucker Anderson's, Tilly's cantankerous cousin, broken leg and suturing the gash in his hand. Just as suddenly, she was offered the job of caring for him until he healed. Anything beat going back to Arkansas with her deflated ego and shattered dreams so she took on the job. Tucker had his ideas about women. They should live to serve and obey the male species and, rather than endure a lifetime with one like either of his girl cousins, Tilly and Clara, he'd be a bachelor until he reached the Pearly Gates of Heaven. Then he broke his leg and the two cousins hired a female doctor to take care of him. He figured he'd died and gone straight to hell.