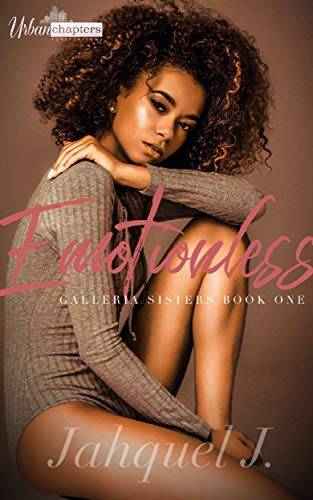 Galleria Stores is a huge chain of stores owned by Paul Galleria. Everyone who is anyone in Atlanta knows the Galleria family and their influence in Atlanta. Paul has three daughters - Jade, Kharisma & Happy Galleria. This is Happy's story. Twenty-nine-year-old Happy Galleria is unhappy with the way her life is going. Her life plans were to be married, excelling in her career, and pregnant with her first child. However, her boyfriend, Phil, has other plans. Trying to make partner at his law firm, his plans don't include a family, marriage or setting roots anytime soon. Happy has always been good with remaining emotionless, but will her emotions start to show once Phil ignores her pleas for wanting more in their relationship? While rushing to her gate for her birthday trip to Bora Bora that her sister surprised her with, Happy bumps into a man - literally. Peeved that the man has delayed her from making her flight, she yells, curses and continues to her gate. That man is her pilot. Colt Wright is a pilot who has worked himself from the ground up and has just moved his family from New York to Atlanta to work with a top airline. A single father to a ten-year-old girl, and trying to keep his eye on his aging mother, Colt Wright doesn't have time for small talk. After losing his child's mother to cancer, he wants more than casual talk or one night stands. He wants a woman - the Wright woman. These two cross paths and nothing may remain the same. Happy has baggage, but Colt is used to dealing with baggage, being a pilot and all. Will Happy remain Emotionless?