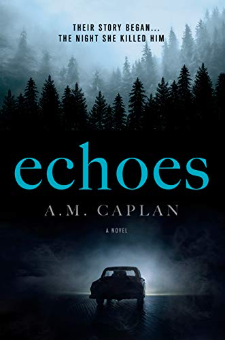 At the edge of sanity lies an extraordinary truth. Discovering it may be the last thing she ever does…Hannah thinks she’s losing her mind. After hitting and killing a man with her car, his body and blood vanish without a trace. Desperate to prove she isn’t insane, she searches exhaustively until she finds him—alive and unharmed.Taken under the wing of the handsome stranger, she’s stunned to learn he’s part of an ancient race of immortals. But so is his deranged sister, and she murders every person who learns his secret. And though Hannah is as tough and resourceful as they come, how can she hope to stop a psychopath who cannot die?Echoes is the first book in the deliciously dark Echoes supernatural thriller trilogy. If you like determined heroes, fast-paced action, and breathtaking twists and turns, then you’ll love A.M. Caplan’s pulse-pounding adventure.Buy Echoes to cheat death over and over today!