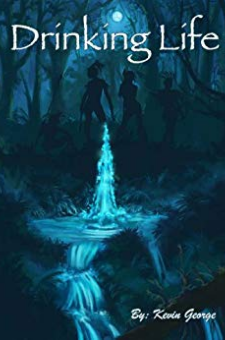 ATTACKNia Ammo only wants to win the state field hockey championship. But it's not the other team she needs to worry about stopping her - it's the two soldiers in ancient battle armor who attack during the game! Nia has always been a little quicker, a little stronger, a little more agile than everyone else. She soon learns that hand-to-hand combat is another skill she possesses.HIDEThe attack makes headlines and causes her parents to uproot the family business and move cross-country during her senior year. It's not an easy adjustment and before long, she finds herself in the middle of another physical altercation, this time with the entire boy's lacrosse team. But a mysterious stranger named John Leon shows up to help and starts Nia's life on an uncontrollable spiral she never imagined. . .DREAMOn the night of her 18th birthday, Nia begins to dream about being another person from another time. Her dreams grow increasingly frequent - and increasingly clear - and she begins to question everything about her life, from who she really is, to who she really was, to whether her parents are who they claim to be. . .MYSTERIOUS STRANGERNia finds herself falling for John but has fierce competition for his affection. Cassie is her neighbor and the daughter of her parents' business partner. She's selfish and ruthless and shallow, and John seems like he can't stand her. But he also can't say no to her. . .John knows something about Nia's past and the dreams she's been having but getting the information from him might turn deadly. . .