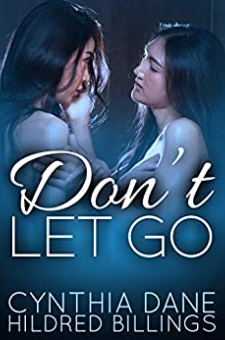 An AwakeningRose Wu’s ordinary life as a concierge clerk was only meant to be a means to a financial end. Yet there is one resident in her high-rise luxury building who makes coming to work worth it.Cindy Ling, the enigmatic businesswoman who always has a lady on her arm, also has a wink to spare the mild-mannered clerk looking her way.When chance brings Rose up to Cindy’s penthouse suite, her life isn’t simply changed forever. It’s transformed.A ReckoningFrom the moment she first sees her, Cindy knows that Rose is a font of endless potential. For a woman who has spent her whole life running away from a core part of her identity, taking Rose as a lover is not only the greatest escape, but Cindy’s best chance at reformatting her image as Taiwan’s foremost playgirl.Except whenever Cindy makes such drastic changes to her life, she discovers that the old ghosts she attempts to lock away come hurtling back. Falling in love with Rose is a blessing and a curse from the very deity Cindy has held a grudge against since the tragic death of her father.But Cindy knows they’re a match made in the stars. This time, she’ll overcome her inner demons.A BargainingYet when Cindy is inevitably consumed, Rose persists. She’ll overcome her traditional family, her sheltered upbringing, and her insecurities if it means not only bringing Cindy out of the darkness, but reclaiming the world Rose knows they deserve to inhabit.No matter how hard Cindy pushes her away, their carnal connection and fairy-tale romance are too pure to spoil. Rose has nothing to fear.She won’t let go.DON’T LET GO contains no-holds-barred references to mental illness and features non-Western beliefs and settings. It introduces brand-new characters and clubs to the Dane-Billings universe of billionaire girlfriends and the women who are transformed by loving them.