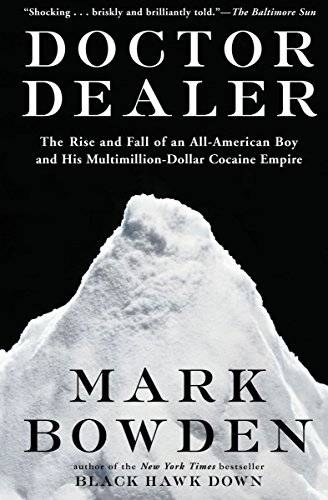 From the # 1 New York Times-bestselling author of Black Hawk Down: The "shocking" story of the country's unlikeliest drug kingpin (The Baltimore Sun). By the early 1980s, Larry Lavin had everything going for him. He was a bright, charismatic young man who rose from working-class roots to become a dentist with an Ivy League education and a thriving practice, and a beloved father with a well-respected family in one of Philadelphia's most exclusive suburbs. But behind the façade of his success was a dark secret: Lavin was also the mastermind behind a cocaine empire that spread from Miami to Boston to New Mexico, catering to lawyers, stockbrokers, and other professionals, and generating an annual income of $60 million for the good doctor. Now, Mark Bowden, a "master of narrative journalism" (The New York Times Book Review) tells the harrowing saga of Lavin's rise and fall in "a shocking American tragedy... [that] shoots straight from the hip" (Pittsburgh Post-Gazette). "An engrossing crime story and a compelling morality tale." -- The Arizona Republic "Has all the elements of a chilling suspense thriller... A smoothly crafted, exciting, can't-put-it-down book." -- The New Voice (Louisville)