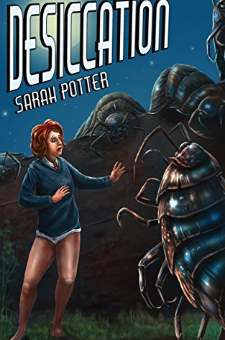 ST TRINIAN’S meets INVASION OF THE BODY SNATCHERSIn 1967, mayhem erupts at an elite English boarding school.The head girl Samantha is a sociopath, determined to exploit every loophole in the system. After her venture to set up a nocturnal brothel in the gymnasium proves a flop, she invites a disgruntled customer – mod gang-leader, Joe – to a midnight séance in the library. But she hasn’t bargained on his becoming the conduit for a powerful malign force bent upon the destruction of worlds.The teachers and pupils soon undergo extreme personality changes and develop a hive mentality, determined to ensnare everyone into its collective conscience. When science scholarship girl Janet fights back, she becomes the despised outsider, shunned by the hive but stalked by the head girl, who no longer speaks in her own voice but that of the delinquent mod Janet has seen hanging around the school.In mortal terror and with her credulity already stretched to the limit, can she throw her trust upon the hippie pixie that lives in a gargantuan psychedelic toadstool behind the school swimming pool and who claims he’s an expert in repairing interdimensional rifts?