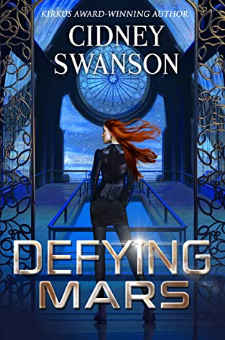 Sequel to SAVING MARS, named to Kirkus Best of 2012.Jessamyn has escaped Earth with food for her starving world, but her troubles are just beginning. She must rebuild her life without Pavel, the Terran whose kiss haunts her. Her success is further tainted by the loss of her beloved brother. Ethan disabled the deadly lasers orbiting Mars, but this has created a fervor to re-open trade with Earth which Jess knows would be disastrous. Add into the mix a secret which could launch an interplanetary war, and Jess finds herself at the center of an intrigue where, in order to save the world she loves, she must defy it.Saving Mars is a science fiction adventure series set in a dystopian future where a small colony on Mars has survived for centuries without any contact with Earth, until now.