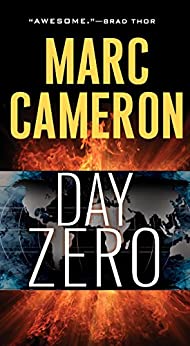 A special agent fights chaos and terror in midair in this thriller by the New York Times-bestselling author of Stone Cross… Special agent Jericho Quinn is a wanted man. Suspected of murder and marked for death by a network of conspirators embedded in the White House, Quinn knows he has to get out of the country—fast—before a team of contract killers finds him and his daughter.   To set things right at home, he’ll have to take a nonstop flight from Anchorage, Alaska, to Vladivostok, Russia, aboard a massive Airbus A380. But soon after takeoff, it becomes apparent that Quinn and his daughter picked the wrong plane. First, a passenger is brutally murdered. Then, Quinn is mistaken for a terrorist by an off-duty Air Marshal. As panic spreads through the plane and pressure builds to the screaming point, the unthinkable happens. Someone triggers a bomb. Spoiler alert: This plane is in big trouble… From the author of Tom Clancy Power and Empire, this terrifying thriller stars “a compelling, never-give-an-inch hero who will appeal to Jack Reacher fans” (Booklist).