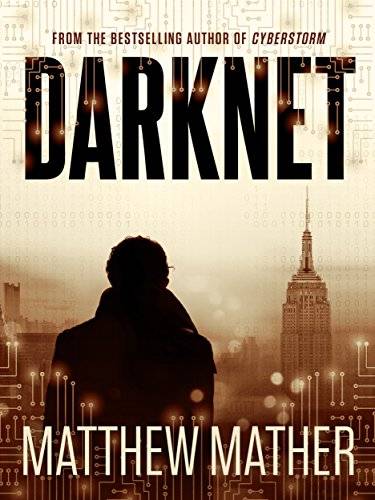 From the million-copy bestselling author of CyberStorm comes a frighteningly realistic new thriller, an adrenaline-fueled mystery with a noir/tech edge that takes readers to a new edge of the cyber world. A GLOBAL CORPORATION HIDES A DARK SECRET... A TERRIFYING NEW ADVANCE IN TECHNOLOGY... WILL BE REVEALED. Follow one man's journey through a shadowy underworld that threatens the security of humanity. In a world where corporations have the same rights as human beings... Profit is everything and psychopathic executives call the shots... Anything is possible. FROM THE BACK COVER - DARKNET Jake O'Connell leaves a life of crime and swears he'll never return, but his new life as a stock broker in New York is ripped away when his childhood friend Sean Womack is murdered. Thousands of miles away in Hong Kong, scientist Jin Huang finds a list of wealthy dead people in a massive banking conspiracy. Problem is, some of the people don't stay dead. As Jin begins her investigation, she's petrified to discover her own name on the growing list of dead-but-alive. On the run, Jake O'Connell and Jin Huang race across continents to uncover a dark secret spreading like a cancer into the world. Why was Sean killed, and how is the list of wealthy dead connected? Are some of them really coming back to life? But all this becomes irrelevant when Jake's family is attacked... About the Author Translated into 18 languages, published in 23 countries, with multiple TV and movie contracts including 20th Century Fox developing his second novel, CyberStorm, for a major film release, Matthew Mather's books are worldwide bestsellers. He began his career at the McGill Center for Intelligent Machines researching artificial intelligence before starting high-tech ventures in everything from computational nanotechnology to electronic health records to weather prediction systems. He now works as a full-time author of speculative fiction. Darknet has ranked as a top best seller in Amazon's techno thriller, conspiracy, and science fiction categories, and if you enjoy A.G. Riddle, Hugh Howey, and Michael Crichton, then you'll love this new thriller based in the world of bitcoin and cryptocurrency the New York Times called "the inspiration for Utopian dreams".