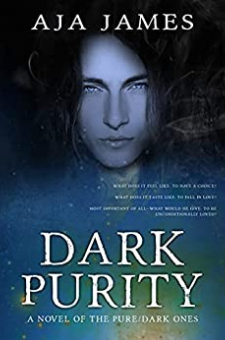 He was once known as the Creature. An indefinable “it.” His life had never been his own, used and abused by despicable beings. Worst of all, he never knew himself.

Despite his tortured past, despite the darkness inside him, he has chosen a brighter path. He has a name—Erebu. His first stand was to defy the Master who created him to save his son. But instead of destroying the greatest enemy of all, he himself was destroyed…

From distant lands, across fathomless seas, someone heard the Creature’s cries. He gave Ere a second chance, a miraculous rebirth that came at a steep cost, remaking Ere with his own breath, body, blood and soul.

This mysterious savior has a past of his own to face, and a future to define and embrace. Will Ere be able to find him in time? Will they forge their path together or pursue separate destinies?

An end and a beginning…

No matter their decision, one thing is certain: they must work together to unite all Kinds if they have a hope of defeating their ultimate nemesis.

The end is near…

And so is a brand new beginning.