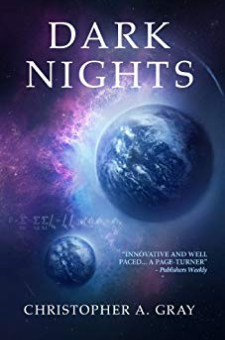 "Innovative and well-paced... part scientific exploration, part action, part political intrigue, the combined result is a page-turner."- Publishers WeeklyThe thinking quantum computer believed it knew best how to save humanity... even if doing so meant destroying half the population.Astrophysicist Doug Lockwood has made the discovery of a lifetime: another planet has appeared in our solar system, in orbit opposite that of Earth. Its sudden appearance is unexplained, but the danger presented by the alternate Earth is real, kicking off a chain of events that will carry Lockwood into the grasp of a formidable artificial intelligence bent on accomplishing its goal at any cost. With the survival of our Earth at stake and time running out, Lockwood and his team must find a way to counter this unprecedented threat before the powerful new enemy completes its plan. Two civilizations are pitted against each other in a desperate struggle for survival that may lead to Armageddon for both worlds.