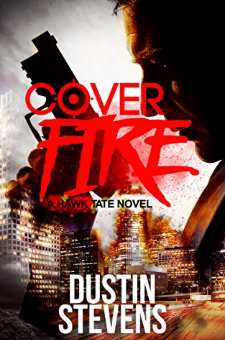 Staked out in the Anza-Borrego Desert in the dead of night, young photographer Lake Pawlak is awoken by a clandestine meeting, bearing witness to something she never should have seen. Barely escaping, she turns to the authorities for help, bouncing through the criminal justice system before landing on the doorstep of DEA Special Agent in Charge Mia Diaz.Not yet knowing what, or even who, it was that Pawlak saw, Diaz is forced to call in a favor to Hawk Tate, a man whose story had always served as a cautionary tale in the Administration. Six months before he had emerged from the shadows for the first time in half a decade, managing to simultaneously right a long dormant wrong and confirm that every story ever whispered about him was true. If anybody can keep the girl tucked away and safe long enough for the DEA to investigate, it has to be him.Standing opposite though is a conglomerate spanning from California to Ecuador, their interest aimed at eliminating Pawlak and protecting the empire they have worked so long to build, the breadth of it encompassing most of the greater Los Angeles area. Employing a network of aliases and informants, soldiers and spies, they aim their concentrated energies on finding the unlikely duo as they attempt to stay hidden.