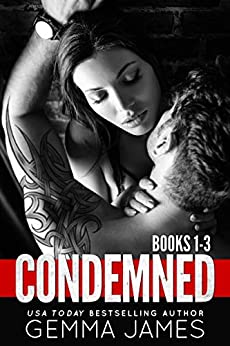 I was fifteen when I sent the love of my life to prison for a crime he didn't commit. Back then Rafe was my brother's best friend and off-limits, but that didn't stop me from drooling over him. I've never forgotten the guy whose green eyes made me weak in the knees. Rafe hasn't forgotten me either. Eight years later, I find him on my doorstep with revenge on the mind.

The twisted part of this story?

I still want him, even though he's holding me captive on an island. He says I've got eight years of misery to atone for, and every move he makes is designed to shame and punish. Instead, his touch lights us both on fire.

But the lie I told years ago is ricocheting. Neither of us saw it coming. The violence, death, and betrayal that leave us in ruins. Redemption seems impossible because we can't undo what's been done. I belong to him as much as he belongs to me, and we'll fight for each other or go down in flames trying.

NOTE TO READERS: Intended for mature readers who enjoy a dark contemporary romance with kidnapping and other disturbing themes. Not for the faint of heart. You've been warned. Boxed set 1 of 2.