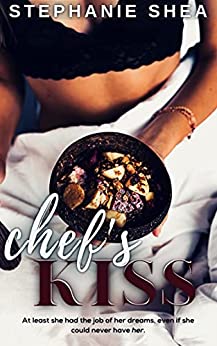 Valentina Rosas has always known what she wants. Mostly. Sort of. At least, she does now. And what she wants is the coveted staging role at Gia, San Francisco. With four years at the top of her class in culinary school and enough tenacity to fuel the entire Mission, no one doubts she is about to land the job of her dreams—including the three-person cheer squad made up of her best friend and adorably overbearing parents.Renowned chef Jenn Coleman is not a people person. Her rise to the top of the culinary industry stems from a cultivated blend of top-tier schooling—from her nonna—and bouts of carefully managed misanthropy. Owning and operating two Michelin starred restaurants doesn’t leave time for much else anyway. Just ask her ex.When the new stage at her restaurant trips into her with all the grace of a baby giraffe, it’s a sure recipe for disaster. But for all of Jenn’s reserve, Valentina has twice the allure, and the chemistry between them is just… chef’s kiss.If only Jenn wasn’t Valentina’s boss with nearly ten years between them.