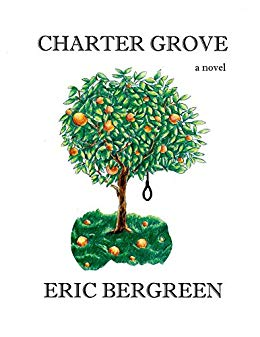 It’s the summer of 1989, in the city of Corona, California, and for two best friends only one thing seems to matter: skateboarding. Aaron and Robin love to skate anywhere they can whether it be behind the daycare center a block from their homes or in an empty swimming pool at an abandoned house on Rimpau Avenue next to the cemetery. The two have been close for years and share each other’s secrets with no one else.Aaron Burnett is a pretty responsible kid. He has his own job; a morning paper route that his friend Robin helps him out with some days so they can finish quickly and apply more of their time to skating the pool and have it all to themselves.But lately Aaron’s been sleeping poorly. He experiences moments of frozen fear and sees a dark figure standing next to his bed every morning before sunrise, just before he needs to start on his route. Sometimes the figure is silent and only stares but other times it seems to whisper warnings or yell malevolent threats.One day, while they are hanging out in their secret hiding place-a broken down shed in the orange groves-the two stumble upon an older boy named Joe that has run away from a psychiatric youth hospital a couple blocks away and needs a place to hole up for a while. At first they are leery of the older boy but after hearing his story they soon come to trust him and give him a chance. Then Aaron and Robin are ambushed by a couple of older, bigger teenagers who steal their most prized possessions from them as if they are somehow entitled. When they tell Joe about their run in the three find that they all have something in common and can possibly help each other out with their predicaments. But things don’t go as planned and the retribution the younger boys dole out ends badly with almost deadly consequences.Aaron’s father, a fire Captain at Station No. 1 in Corona, relates a story to his son about a girl who had committed suicide by hanging herself from an orange tree in her family’s backyard a couple weeks before. Aaron then reads an article in the paper a few mornings later about a second teen who is found the same way, hanging in an orange tree in a grove a few blocks away. And when a third is found under similar circumstances Captain Burnett begins to see a pattern with the Circle City Suicides that no one else seems to see.As Aaron, Robin and Joe continue to do favors for each other and their trust grows, they find themselves at the heart of a strange series of events taking place in the citrus groves of their beloved city. Robin believes there may be some kind of suicide pact involved. Aaron begins to think the dark figure that appears to him in his room every morning may hold the key to the whole mess, possibly some sort of curse that it has spread upon the youth of the city, that makes them walk up to the groves to hang themselves for an unforgivable misdeed in the past. Joe, too, has his own theory on what may really be happening but what they discover at the end will be darker and more disturbing than anything they could have ever thought possible.It is a wonderful and awkward time for two fifteen-year-old boys as they experience the bond of friendship, the joy of the opposite sex and the dread of revenge gone wrong. Come back to a time when skating was king and girls were rad. Come back to a place where the orange groves flourished and citrus perfumed the air. Come back to a place with a quick love story and a dark secret that could never be told. Come back to a place where the bad kids got sent to, a place called Charter Grove.