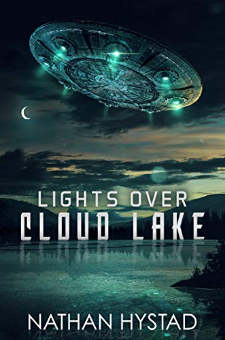 Cloud Lake is a hotspot for UFO sightings.

Jessica Carver may have encountered one the night she disappeared.

This is her story.

Reporter Eva Heart is sent to Cloud Lake to write an exposé on flying saucer sightings, a subject she is extremely familiar with.

Nearly twenty years ago, Eva, then known as Jessica Carver, went missing, only to appear a week later, confused and frightened. A man went to jail for the crime.

Now Eva must face demons from her past as she meets both old and new friends along the way. Will her real identity be exposed? Can history truly repeat itself? 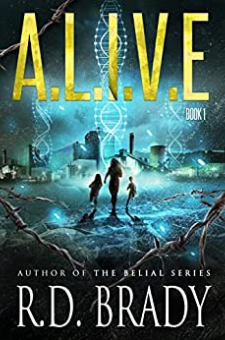 The groundbreaking first generation Alien Life in Vitro Experiment (ALIVE) was a dream come true. The second and third are complete nightmares . . .

Reports of unknown objects in the sky date back hundreds of years. But since the early twentieth century, the frequency of those reports has increased dramatically. To combat the alien threat they see looming on the horizon, the US government initiated the A.L.I.V.E. (Alien Life In Vitro Experiment) Project.

Working from Wright Patterson Air Force Base, Dr. Maeve Leander has been in charge of Alvie, the first subject from the A.L.I.V.E. Project, for the last three years. But she's been part of the project much longer—ever since she was a child and her mother ran the project. But Alvie is more than just some experimental subject. He's family, the only family Maeve has left.

When a new agency takes over the A.L.I.V.E. Projects, though, Maeve learns that Alvie wasn't the only subject created. Caught in the middle of a giant war game, Maeve ends up in a race for her life. But this time it’s not just humans who are the combatants.

As the violence increases and the chances for survival decrease, she realizes one terrifying truth: despite its name, the real goal of the projects is to make sure no one gets out alive. 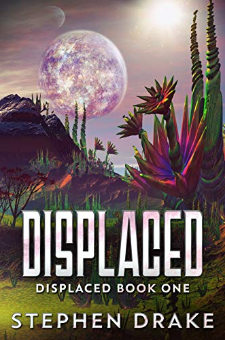 When Kevin Murdock, martial artist and outdoorsman extraordinaire, is revived from suspended animation aboard a transport pod, he and his nine fellow occupants have no idea what to expect.

Murdock argues for caution after seeing something strange: animals also inhabit their new environment, all of them larger than their Earthly counterparts. Conflict soon erupts between Murdock and James Whittier - a politician with a lust for power and control.

But soon, they all realize that there's something even more dangerous onboard... something that might cost them all their lives. 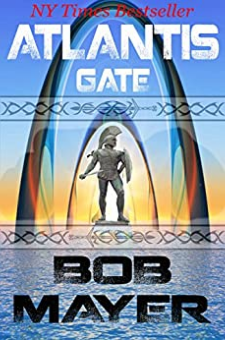 “Some say the world will end in fire, some say in ice.” Thus Robert Frost warns President Kennedy about the Shadow, before departing on a classified mission on the first nuclear submarine, the USS Nautilus. Past and present collide in this thriller.

In the present, on the Nazca Plain in Chile, an old woman has been studying ancient lines in the ground for decades. Now she finally understands their terrifying message.

In 480 BC, King Leonidas leads 300 Spartans to Thermopylae to try to delay the massive Persian Army. Known only to the King, they have an even more important mission: to escort and protect a powerful priestess to a mystical gate through which she can travel to help save the world. It’s a mission for which Leonidas will gladly sacrifice his own, and his men’s lives.

In the present, tremors deep inside the Earth threaten the world. Eric Dane races against time to find the key to stopping this assault from the dark Shadow. He must reach across time to the Spartans and the priestess they escort to find the key to this defense.

And in doing so, he must travel to the Space Between, the boundary between our world, and the world of the Shadow. 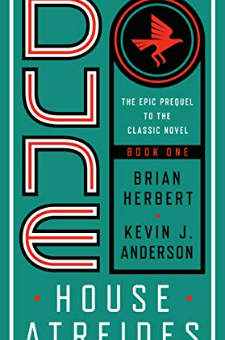 Step into the universe of Frank Herbert’s Dune, one of the greatest science fiction novels of all time.

Before Paul Atreides became Muad’Dib, the dynamic leader who unified the wild Fremen on the desert planet known as Dune . . .

Before the evil Baron Harkonnen overthrew House Atreides and sent Paul and his mother Jessica fleeing into the deadly wasteland of sand . . .

Before the secrets of the spice and the sandworms were discovered . . .

The tale of young Leto Atreides learning to become a ruler in the shadow of his great father.

The tale of Pardot Kynes, ambitious planetologist dispatched to the sands of Arrakis to understand the origins of the spice melange, the most valuable substance in the known universe.

And the tale of Crown Prince Shaddam Corrino, whose lust for power leads him to plot the assassination of his own father and to create a plan that will replace the spice and disrupt the Imperium forever . . .

Dune: House Atreides begins the epic worldwide bestselling trilogy that tells of the generation before Dune and sows the seeds for great heroes, vile enemies, and terrible tyrants. 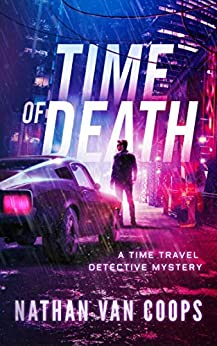 REVISITING THE PAST CAN BE MURDER
Private detective Greyson Travers has a secret, but he isn’t the only one.

When a stunning widow asks him to investigate the suicide of her husband, Greyson plans for an easy resolution.
But a quick look into the past gets dangerous for his future. He isn’t the only one interested in the case, and the longer he’s involved, the more victims turn up dead.

Greyson can travel through time. It makes him the best sleuth in the city. But every advantage comes at a cost. Under pressure from a powerful mob kingpin and an agency governing time, his investigation will take him deep into the underworld.

The clock is ticking, and Greyson might be too late to discover the truth.
Sometimes the past is better left for dead.

If you love treacherous twists and mind-bending murder mysteries, jump into this page turner where time is never on your side.

Can you solve the mystery of the future?