One, Two… He is coming for you 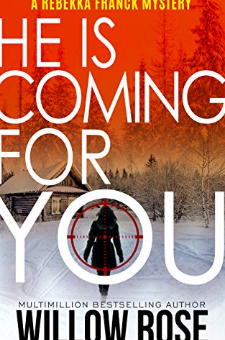 A serious page-turner from multi-million bestselling author Willow Rose. Once you start One, Two...He is coming for you - there is no turning back.Series sold more than 1 million copies!Journalist Rebekka Franck returns to her hometown with her six-year-old daughter. She is trying to escape her ex-husband and start a new life for her and her daughter when the small sleepy town experiences a murder.One of the country's wealthiest men is brutally killed in his summer residence. While Rebekka Franck and her punk photographer Sune try to cover the story for the local newspaper, another murder happens on a high society rich man. Now Rebekka Franck realizes that the drowsy little kingdom of Denmark has gotten its first serial killer and soon a series of dark secrets - long buried but not forgotten - will see the light of day.- One, Two...He is coming for you is the first book in Willow Rose's mystery-series about the reporter Rebekka Franck and her photographer SuneGrab a copy today. 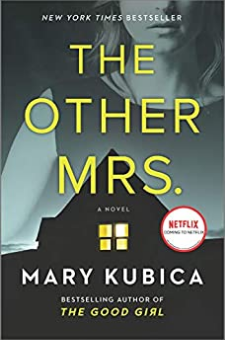 NEW YORK TIMES BESTSELLERComing to Netflix!HIGHLY RECOMMENDED BY ENTERTAINMENT WEEKLY · PEOPLE MAGAZINE · MARIE CLAIRE · POPSUGAR · BUSTLE · SHEREADS · HELLOGIGGLES · and more!A woman is drawn into a mysterious web of secrets in this twisty whodunnit from New York Times bestselling author Mary KubicaSadie and Will Foust have only just moved their family from bustling Chicago to a coastal island in Maine when their neighbor Morgan Baines is found dead in her home. The murder rocks their tiny coastal island, but no one is more shaken than Sadie.But it’s not just Morgan’s death that has Sadie on edge. And as the eyes of suspicion turn toward the new family in town, Sadie is drawn deeper into the mystery of what really happened that dark and deadly night. But Sadie must be careful, for the more she discovers about Mrs. Baines, the more she begins to realize just how much she has to lose if the truth ever comes to light.“Altogether unpredictable.” —Karin Slaughter, New York Times bestselling authorDon't miss Mary Kubica's upcoming novel, Local Woman Missing, and look for her other pulse-pounding thrillers: The Good Girl Pretty Baby Don’t You Cry Every Last Lie When the Lights Go Out

Death at the Tavern 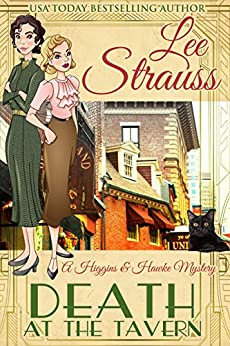 Death by Rum Running. . . When a man is found dead in the spring of 1931 at the Bell in Hand Tavern on Union Street in the city of Boston, pathologist Dr. Haley Higgins and investigative reporter Samantha Hawke are both working the case. They want the same thing ~ to catch a killer. Though they don't exactly trust each other, they'll have to work together if they want to solve this perplexing mystery, diving into the world of bootlegging and extortion. Will this unlikely duo patch up their differences before becoming the next victims?

Don't miss this gripping, addictive new series for lovers of Rizzoli and Isles. A spin off from the acclaimed Ginger Gold Mystery series, this clever, feisty, depression-era whodunit readers call "serious and suspenseful" and "entertaining mystery series" will keep you turning pages until the surprising yet satisfying end.The Higgins & Hawke Mystery seriesDeath at the Tavern (Book 1)
Death on the Tower (Book 2)
Death on Hanover (Book 3)
Death by Dancing (Book 4)MORE TO COME!★★★★★Clean read: no graphic violence, sex, or strong language.For fans of Rhys Bowen, Jaqueline Winspear, Beth Byers, Faith Martin, Betty Rowland, and Rizzoli and Isles.
Hop aboard the 1920s!

Murder on the SS Rosa (Book 1)

Murder at the Mortuary (Book 5)

Murder Aboard the Flying Scotsman (Book 8)

Murder at the Boat Club (Book 9)

~more on the way!

Murder on the Boardwalk (Book 2)

Murder at the Bomb Shelter (Book 3)

Murder at the Fiesta (Book 9) 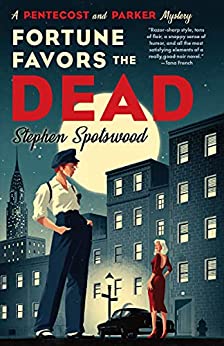 “Razor-sharp style, tons of flair, a snappy sense of humor, and all the most satisfying elements of a really good noir novel, plus plenty of original twists of its own.”—Tana French

A wildly charming and fast-paced mystery written with all the panache of the hardboiled classics, Fortune Favors the Dead introduces Pentecost and Parker, an audacious new detective duo for the ages.

It's 1942 and Willowjean "Will" Parker is a scrappy circus runaway whose knife-throwing skills have just saved the life of New York's best, and most unorthodox, private investigator, Lillian Pentecost. When the dapper detective summons Will a few days later, she doesn't expect to be offered a life-changing proposition: Lillian's multiple sclerosis means she can't keep up with her old case load alone, so she wants to hire Will to be her right-hand woman. In return, Will is to receive a salary, room and board, and training in Lillian's very particular art of investigation.

Three years later, Will and Lillian are on the Collins case: Abigail Collins was found bludgeoned to death with a crystal ball following a big, boozy Halloween party at her home—her body slumped in the same chair where her steel magnate husband shot himself the year before. With rumors flying that Abigail was bumped off by the vengeful spirit of her husband (who else could have gotten inside the locked room?), the family has tasked the detectives with finding answers where the police have failed.

But that's easier said than done in a case that involves messages from the dead, a seductive spiritualist, and Becca Collins—the beautiful daughter of the deceased, who Will quickly starts falling for. When Will and Becca's relationship dances beyond the professional, Will finds herself in dangerous territory, and discovers she may have become the murderer's next target. 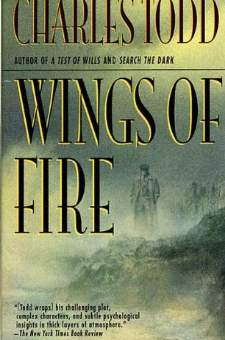 In Charles Todd's Wings of Fire, Inspector Ian Rutledge is quickly sent to investigate the sudden deaths of three members of the same eminent Cornwall family, but the World War I veteran soon realizes that nothing about this case is routine. Including the identity of one of the dead, a reclusive spinster unmasked as O. A. Manning, whose war poetry helped Rutledge retain his grasp on sanity in the trenches of France. Guided by the voice of Hamish, the Scot he unwillingly executed on the battlefield, Rutledge is driven to uncover the haunting truths of murder and madness rooted in a family crypt...

Killer In The Hills 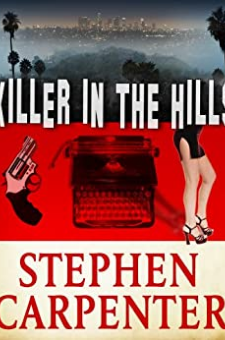 In the sequel to the bestselling novel, KILLER, Stephen Carpenter has entangled his character, mystery writer Jack Rhodes, in a web of sex, murder, and money--this time in Hollywood, where Jack spent his early years as a screenwriter.Jack's past comes back to haunt him when a B-movie actress-turned-hooker, Penelope Fox, is found murdered in a suite at the Chateau Marmont. Jack's friend, FBI Agent Melvin Beauchamp, discovers shocking news: Penelope was Jack's wife. Jack cooperates with the investigation and uncovers memories of his brief, drunken fling with Penelope. He also learns he may have a daughter--15 year-old Karen, who becomes Suspect Number One in the murder of her mother. On the run with Karen, Jack revisits unsavory characters from his past to solve to puzzle of Penelope's murder--and find out if Karen really is his daughter.Gripping and rich with detail from current Hollywood culture, KILLER IN THE HILLS is a ripped-from-the-headlines story that will keep you guessing right until the shattering conclusion.