Something’s Alive on the Titanic 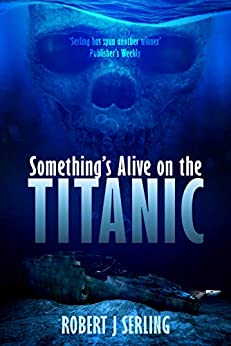 If you forget the Titanic’s legacy, beware.

Something is alive on the Titanic — something powerful and malevolent that protects the once-great ocean liner from the rapacious intentions of those who would desecrate her grave. Whatever is down there was first encountered by a classified mission in 1975, and they could never speak of it.

A previous mission to recover millions of dollars in gold believed hidden in Cargo Hold Three had a mysterious, tragic end. Now, a new group of men and women — scientists, adventurers, and the United States Navy — wants to retrace the steps of that original voyage to investigate where the 1975 mission failed. The rumours of monsters and apparitions can’t be true, can they? As they penetrate deep into the hull, the first people to see the interior in eighty-one years, they find they are not alone…

Something’s Alive on the Titanic dazzlingly brings the ill-fated ship to life in brilliantly dramatic scenes.

‘…keeps you guessing ‘til the end’ - Arizona Daily Star

Robert Serling was born in 1918 in Cortland, New York and was a novelist and aviation writer. He is the author of a number of airline histories and several novels, including The President’s Plane Is Missing , which was adapted in 1973 as a made-for-TV film, and Air Force One Is Haunted.

The Curse of Loch Ness 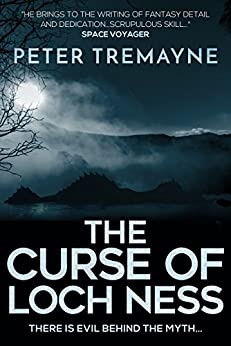 Through the gaps in the swirling mist she could make out, perhaps two hundred feet below, something which looked like a rag doll, arms and legs askew at strange angles.

London-raised Jeannie Millbuie has received news that she has unexpected inherited a Scottish castle after the death of her previously unknown relative.

As the only heir of Donald Millbuie, Jeannie travels up to Scotland to take a look at Balmacaan Castle to determine its future.

The castle, which stood on the banks of Loch Ness, along with its odd housekeeper, Mrs. Murdo, and tales of the oddly reclusive previous owner, is a bit in bad shape, but Jeannie is determined to not make a rash decision about its future.

The weird wailing that echoed through the castle and the general eerie atmosphere led to Jeannie asking questions which Mrs. Murdo brushes off, but after exploration of her relatives old quarters reveals a journal, she learns of a horrible truth the Balmacaan Castle and lake is hiding.

Millbuie and the being hiding in Loch Ness have tied fates - and the terrifying and hideous truth will threaten safety and sanity in a race to the end.

The Curse of Loch Ness is a menacing story of the marriage of man, myth and magic in a nightmare world of compulsive horror and evil.

‘the characters are most memorable. A very enjoyable read’ – Historical Novel Society

Peter Tremayne is the fiction writing pseudonym of the Celtic scholar and author Peter Berresford Ellis. Peter Berresford Ellis is a historian, literary biographer and novelist who has published over 90 books to date under his own name and that of his pseudonyms Peter Tremayne and Peter MacAlan. He has also published 95 short stories. His non-fiction books, articles and academic papers have made him acknowledged as one of the foremost authorities on Celtic history and culture. His other works with Venture Press include Island of Shadows, Nicor!, and Raven of Destiny. 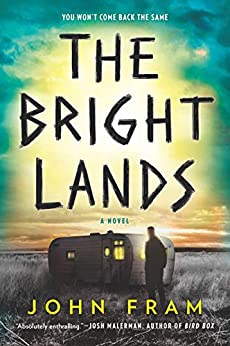 A Best Book of 2020 from Library Journal, CrimeReads, and BookPage

“Marks the debut of an already accomplished novelist.” —John Banville

The town of Bentley holds two things dear: its football, and its secrets. But when star quarterback Dylan Whitley goes missing, an unremitting fear grips this remote corner of Texas.

Joel Whitley was shamed out of conservative Bentley ten years ago, and while he’s finally made a life for himself as a gay man in New York, his younger brother’s disappearance soon brings him back to a place he thought he’d escaped for good. Meanwhile, Sheriff’s Deputy Starsha Clark stayed in Bentley; Joel’s return brings back painful memories—not to mention questions—about her own missing brother. And in the high school hallways, Dylan’s friends begin to suspect that their classmates know far more than they’re telling the police. Together, these unlikely allies will stir up secrets their town has long tried to ignore, drawing the attention of dangerous men who will stop at nothing to see that their crimes stay buried.

But no one is quite prepared to face the darkness that’s begun to haunt their nightmares, whispering about a place long thought to be nothing but an urban legend: an empty night, a flicker of light on the horizon—The Bright Lands. 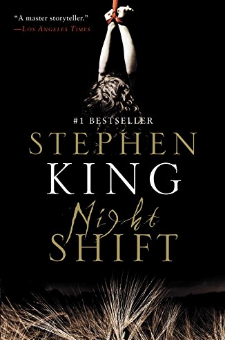 Stephen King’s first collection of short stories showcases the darkest depths of his brilliant imagination and will "chill the cockles of many a heart" (Chicago Tribune). Featuring “Jerusalem’s Lot," the basis for the upcoming tv series Chapelwaite.Here we see mutated rats gone bad (“Graveyard Shift”); a cataclysmic virus that threatens humanity (“Night Surf,” the basis for The Stand); a possessed, evil lawnmower (“The Lawnmower Man”); unsettling children from the heartland (“Children of the Corn”); a smoker who will try anything to stop (“Quitters, Inc.”); a reclusive alcoholic who begins a gruesome transformation (“Gray Matter”); and many more shadows and visions that will haunt you long after the last page is turned.

A Study in Red 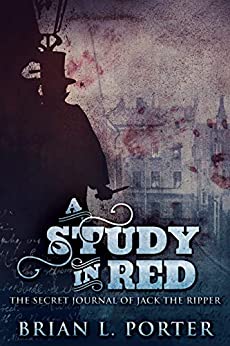 On the table of psychiatrist Robert Cavendish lay a strange set of papers, claimed to be the journal of the infamous Whitechapel murderer whose crimes instilled terror on the streets of Victorian London.Delving deeper into the journal, Robert is convinced of its authenticity, and finds that the words of the Ripper have a strange and compelling effect on him. Unable to cast the pages aside, he is drawn into the dark, sinister world of Jack The Ripper. Robert is about to find out just how thin the line between sanity and madness really is. But can he distinguish fact from fantasy? 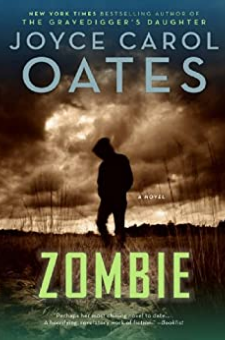 Zombie is a classic novel of dark obsession from the extraordinary Joyce Carol Oates. A brilliant, unflinching journey into the mind of a serial killer, Zombie views the world through the eyes of Quentin P., newly paroled sex offender, as he chillingly evolves from rapist to mass murderer. Joyce Carol Oates—the prolific author of so many extraordinary bestsellers, including The Gravediggers Daughter, Blonde, and The Falls—demonstrates why she ranks among America’s most respected and accomplished literary artists with this provocative, breathtaking, and disturbing masterwork.