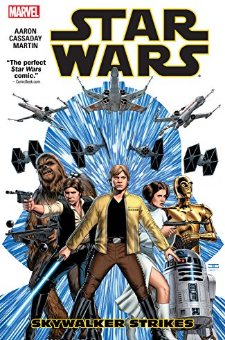 The greatest space adventure of all returns to Marvel! Luke Skywalker and the ragtag rebels opposing the Galactic Empire are fresh off their biggest victory so far — the destruction of the massive Death Star. But the Empire’s not toppled yet! Join Luke, Princess Leia, Han Solo, Chewbacca, C-3PO, R2-D2 and the rest of the Rebel Alliance as they fight for freedom against Darth Vader and his evil master, the Emperor! But when a Rebel assault goes wrong, Han and Leia must think fast to make their escape — while Luke comes face-to-face with Darth Vader! In the explosive aftermath, a humbled Luke returns to Tatooine to learn more about his mentor, Obi-Wan Kenobi. Meanwhile, Leia and Han undertake a vital — and dangerous — secret mission. But can they succeed without Luke? Plus: the menace of Boba Fett! 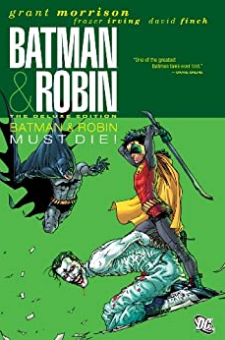 Grant Morrison's best-selling run on BATMAN & ROBIN continues with this volume collecting issues #13-16 and BATMAN: THE RETURN #1. On the eve of Bruce Wayne's return to Gotham City, the new Batman and Robin team that battled crime during his absence must deal with the deadly return of The Joker. Then, Grant Morrison connects BATMAN & ROBIN with the best-selling THE RETURN OF BRUCE WAYNE for the climactic showdown between Batman and The Black Glove. And in an epic tale illustrated by acclaimed artist David Finch, learn what happens to Dick Grayson after the "real" Batman returns. 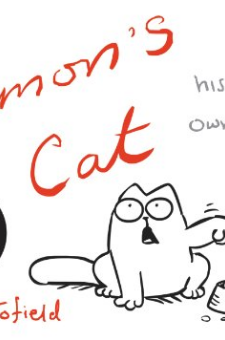 Simon Tofield's animations have taken YouTube by storm. Now, the feline Internet phenomenon makes his way onto the page in this first-ever book based on the popular animated series. Simon's Cat depicts and exaggerates the hilarious relationship between a man and his cat. The daily escapades of this adorable pet, which always involve demanding more food, and his exasperated but doting owner come to life through Tofield's charming and hilarious illustrations. 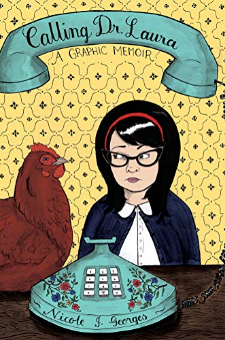 The acclaimed debut graphic memoir by the author of Fetch: “a beautiful and innovative portrait” of young adulthood and confronting family secrets (NPR).

When Nicole Georges was two years old, her mother told her that her father was dead. When she was twenty-three, a psychic told her he was alive. Her half-sister, saddled with guilt, admits that the psychic is right and that the whole family has conspired to keep him a secret. Sent into a tailspin about her identity, Nicole turns to radio talk-show host Dr. Laura Schlessinger for advice.
Packed cover-to-cover with heartfelt and disarming black-and-white illustrations, Calling Dr. Laura tells the story of what happens to you when you are raised in a family of secrets, and what happens to your brain—and heart—when you learn the truth from an unlikely source. Part coming-of-age and part coming-out story, Calling Dr. Laura is “a tragicomic graphic memoir with a stunning indie aesthetic” (Bookslut). 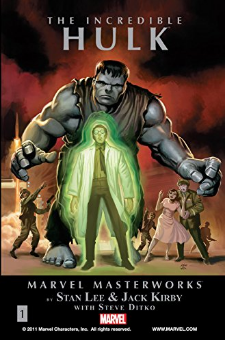 Collects Incredible Hulk (1962) #1-6. Witness the birth of the green goliath himself - The Incredible Hulk ! Caught in the heart of a nuclear explosion, victim of gamma radiation gone wild, Dr. Robert Bruce Banner now finds himself transformed during times of stress into the dark personification of his repressed rage and fury: The Incredible Hulk! 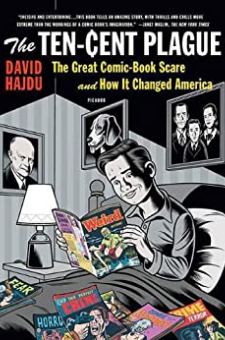 The story of the rise and fall of those comic books has never been fully told -- until The Ten-Cent Plague. David Hajdu's remarkable new book vividly opens up the lost world of comic books, its creativity, irreverence, and suspicion of authority.

In the years between World War II and the emergence of television as a mass medium, American popular culture as we know it was first created—in the pulpy, boldly illustrated pages of comic books. No sooner had this new culture emerged than it was beaten down by church groups, community bluestockings, and a McCarthyish Congress—only to resurface with a crooked smile on its face in Mad magazine.

When we picture the 1950s, we hear the sound of early rock and roll. The Ten-Cent Plague shows how -- years before music -- comics brought on a clash between children and their parents, between prewar and postwar standards. Created by outsiders from the tenements, garish, shameless, and often shocking, comics spoke to young people and provided the guardians of mainstream culture with a big target. Parents, teachers, and complicit kids burned comics in public bonfires. Cities passed laws to outlaw comics. Congress took action with televised hearings that nearly destroyed the careers of hundreds of artists and writers.

The Ten-Cent Plague radically revises common notions of popular culture, the generation gap, and the divide between "high" and "low" art. As he did with the lives of Billy Strayhorn and Duke Ellington (in Lush Life) and Bob Dylan and his circle (in Positively 4th Street), Hajdu brings a place, a time, and a milieu unforgettably back to life.