Nobody Knows the Trouble I’ve Seen 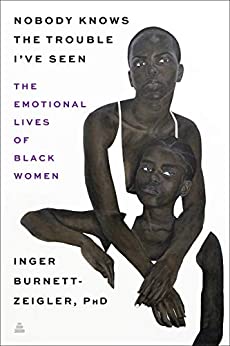 Black women are beautiful, intelligent and capable —but mostly they embrace strong. Esteemed clinical psychologist, Dr. Inger Burnett-Zeigler, praises the strength of women, while exploring how trauma and adversity have led to deep emotional pain and shaped how they walk through the world. Black women’s strength is intimately tied to their unacknowledged suffering. An estimated eight in ten have endured some form of trauma—sexual abuse, domestic abuse, poverty, childhood abandonment, victim/witness to violence, and regular confrontation with racism and sexism. Nobody Knows the Trouble I’ve Seen shows that trauma often impacts mental and physical well-being. It can contribute to stress, anxiety, PTSD, and depression. Unaddressed it can lead to hypertension, diabetes, heart disease, overeating, and alcohol and drug abuse, and other chronic health issues.Dr. Burnett-Zeigler explains that the strong Black woman image does not take into account the urgency of Black women’s needs, which must be identified in order to lead abundant lives. It interferes with her relationships and ability to function day to day. Through mindfulness and compassionate self-care, the psychologist offers methods for establishing authentic strength from the inside out. This informative guide to healing, is life-changing, showing Black women how to prioritize the self and find everyday joys in self-worth, as well as discover the fullness and beauty within both her strength and vulnerability.  Read more

Since I Laid My Burden Down 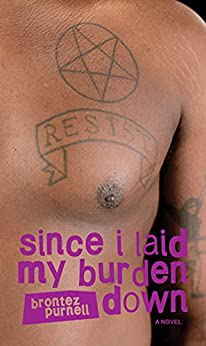 An uninhibited portrait of growing up gay in 1980s Alabama: exploring art and sex with “more layered insight than the page count should allow” (Hanif Abdurraqib, MTV News).

DeShawn lives a high, creative, and promiscuous life in San Francisco. But when he’s called back to his cramped Alabama hometown for his uncle’s funeral, he’s hit by flashbacks of handsome, doomed neighbors and sweltering Sunday services. Amidst prickly reminders of his childhood, DeShawn ponders family, church, and the men in his life, prompting the question: Who deserves love?

A modern American classic, Since I Laid My Burden Down is a raw and searing look into the intersections of memory, Blackness, and queerness.

“Performance artist Purnell beautifully captures a personality through introspection and memory in this slim novel . . . a compelling portrait of a particular disaffected kind of gay youth caught between religion, culture, and desire.” —Publishers Weekly

“It’s a true novel, chaptered, and bound, that not only holds its own as queer literature, with its unapologetically misanthropic narrative, but also expands upon it.” —San Francisco Chronicle

“An antidote to the rigamarole of gay lit.” —Mask Magazine

“Slim yet potently realized, with a lot to ponder.” —The Bay Area Reporter

“Since I Laid My Burden Down has a fearless (sometimes reckless) humor as Brontez Purnell interrogates what it means to be black, male, queer; a son, an uncle, a lover; Southern, punk, and human. An emotional tightrope walk of a book and an important American story rarely, if ever, told.” —Michelle Tea, author of Castle on the River Vistula Read more

What the Heart Wants 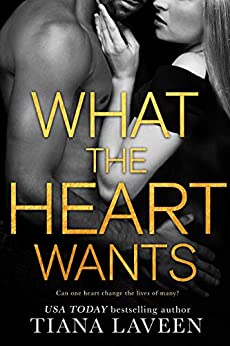 Can one heart change the lives of many?

Ambitious financial planner Emily Windsor is the golden child of an elite New York family. Proud of her family roots, she disdains those who are different from her and embraces her entitled, wealthy lifestyle. Emily feels her life is perfect until her congenital heart condition is pronounced terminal and she’s given just months to live.

Cameron Davis is an outspoken, mixed-race social activist. His greatest joy is his soulmate, Brooke Coleman, an up-and-coming New York City jazz singer who's as talented as she is kind. But his life and heart are shattered when Brooke is killed. As her heart gives its last beat, it is quickly readied for transplant—her final act of selflessness.

As one life ends, another begins. After Emily receives Brooke’s heart, her worldview begins to change—almost as if Brooke has also given Emily a piece of her soul. As Emily struggles to understand her new thoughts and feelings, she turns to Cameron for guidance. Can love shine its light once more on two broken hearts? Read more 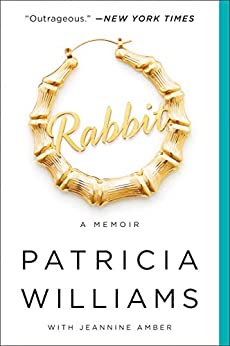 Nominated for the NAACP Image Award for Outstanding Literary Work"An absolute must-read" – Shondaland“[Rabbit] tells how it went down with brutal honesty and outrageous humor” – New York Times They called her Rabbit.Patricia Williams (aka Ms. Pat) was born and raised in Atlanta at the height of the crack epidemic. One of five children, Pat watched as her mother struggled to get by on charity, cons, and petty crimes. At age seven, Pat was taught to roll drunks for money. At twelve, she was targeted for sex by a man eight years her senior. By thirteen, she was pregnant. By fifteen, Pat was a mother of two. Alone at sixteen, Pat was determined to make a better life for her children. But with no job skills and an eighth-grade education, her options were limited. She learned quickly that hustling and humor were the only tools she had to survive. Rabbit is an unflinching memoir of cinematic scope and unexpected humor. With wisdom and humor, Pat gives us a rare glimpse of what it’s really like to be a black mom in America. Read more 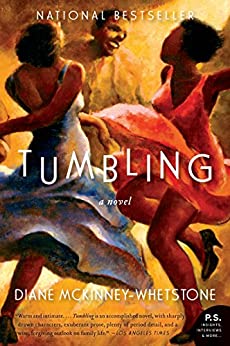 “Warm and intimate. . . . An accomplished novel, with sharply drawn characters, exuberant prose, plenty of period detail and a wise, forgiving outlook on family life.” — Los Angeles Times Book ReviewTumbling is the beloved bestselling debut novel that launched the luminous career of Diane McKinney Whetstone, critically acclaimed author of Tempest Rising, Blues Dancing, Leaving Cecil Street, and Trading Dreams at Midnight. Writing in a style as accessible as Terry McMillan, yet with the literary touches of Toni Morrison, McKinney Whetstone’s Tumbling is a poignant, exquisitely rendered story of the ties that bind us and the secrets that keep us apart.Noon and Herbie are deeply in love and living in a tightly knit African American neighborhood in South Philadelphia during the 1940s. But their marriage remains unconsummated because of a horrible incident in Noon's past, so each seeks comfort elsewhere: Noon in the warm acceptance of the neighborhood church; Herbie in the arms of Ethel, a jazz singer. Then one day an infant girl is left on their doorstep, and later Ethel blesses them with her five-year-old niece. Suddenly and unexpectedly a family, Herbie, Noon, and their two girls draw closer—until an outside threat reawakens a fire in Noon, causing her to rise up and fight to hold her family and her community together. Read more 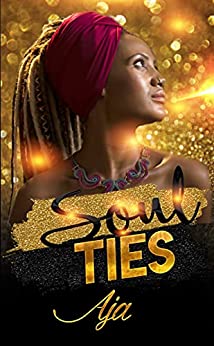 "There’s a lot my children still don’t understand about the gifts given to the women in my family, but there was a time I didn’t comprehend it either. The consequences of my ignorance and my insolence, still haunt me. "They didn't know her story before, because she hadn’t told them. She didn’t reveal how being so deeply tethered to a man who didn’t take care of that precious connection, had wrecked her body and soul, making it nearly impossible to breathe some days. She didn't want them to know the ugly parts of her existence; had only hoped to give her girls the good in her, and on that, most days she’d failed. But so much goodness surrounded her now, by way of self-healing and a good man, Solomon. His love, despite her attempts to keep him at bay, helped to pull her out of the darkness, into the light, and with it, the truth gets unearthed.The good, the bad, and the ugly lay bare and vulnerable … and so does she.Here is Zora Green’s story.Soul Ties is the 4th and final book in the ★★★★★ Best-Selling Soulmates series by Aja. Visit ajathewriter.com for more information about the author and her books. Read more