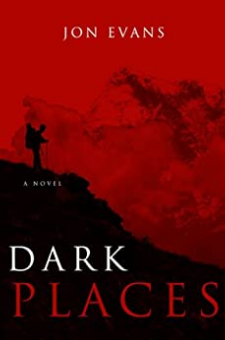 An acclaimed, award-winning thriller, published and translated around the world.Paul Wood is a modern vagabond, a man who chooses to leave the comforts of San Francisco to spend months backpacking through some of the world's most challenging terrain. While hiking in the Himalayas, Paul gets more of a rush than he bargained for when he finds the body of a murdered hiker - mutilated in a way he has witnessed once before, in Africa, years ago and thousands of miles away.The police in Nepal, anxious to quell a scandal, close the case and declare the victim a suicide. Only Paul is left to search for answers. He reaches out to his farflung tribe of fellow backpackers for help, and his discoveries lead him to a terrible conclusion: a killer is stalking the international backpacker trail, preying on victims in wild places far beyond the reach of any authorities. A killer whom Paul may already know.Finding the murderer becomes an obsession that leads Paul from Himalayan peaks, through the jungles of Indonesia, across the bleak Sahara desert -- and into some of the darkest places imaginable...Dark Places won the 2005 Arthur Ellis Award for Best First Novel. 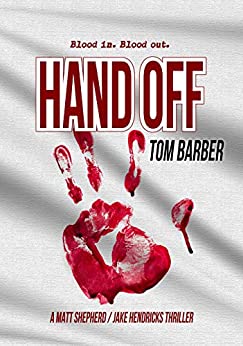 Praise for Tom Barber's work:
‘Nonstop, heart throbbing suspense thrillers that have you on the edge of your seat’
‘Barber's books are roller coaster rides, extremely entertaining.’
'Great writing; full of suspense'
'Been reading this series one after the other and can’t put them down...fast moving action and clever twists'

From the author of the Amazon bestselling Sam Archer thriller series comes a prequel novel focusing on two familiar characters early in their careers, before they both became forces of nature in the NYPD.

New York City, late October, 2004. It’s the week leading up to Halloween. As born-and-raised New Yorkers, NYPD officers Matthew Shepherd and Jake Hendricks know from past experience, something seems to get in the air at this time of year. Shep is finally finding his feet after a rough start in the Department, and his partner Jake is doing his best to learn the job and serve the city after taking a few steps down the wrong path before becoming a cop.

But then, a famous athlete is found dead in a Manhattan hotel; it appears he took his own life at the peak of his career.
Another athlete is discovered badly beaten inside a strip-club toilet. And a masked vigilante launches a series of late-night assaults on men accused of domestic violence, administering payback, street-justice style.

Shepherd and Hendricks are still young officers and not yet senior enough to be involved in investigations. But in the city that never sleeps, and before the time when the pair would become leaders of two elite investigation squads in the NYPD, the two cops are slowly drawn into the cases.

But also, as suspects.

The Hunt for Red October 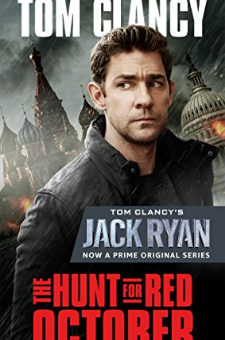 Don't Miss the Original Series Tom Clancy's Jack Ryan Starring John Krasinski!The #1 New York Times bestseller that launched the phenomenal career of Tom Clancy—a gripping military thriller that introduced the world to his unforgettable hero, Jack Ryan—nominated as one of America’s best-loved novels by PBS’s The Great American Read.   Somewhere under the freezing Atlantic, a Soviet sub commander has just made a fateful decision. The Red October is heading west. The Americans want her. The Russians want her back. The chase for the highly advanced nuclear submarine is on—and there’s only one man who can find her...   Brilliant CIA analyst Jack Ryan has little interest in fieldwork, but when covert photographs of Red October land on his desk, Ryan soon finds himself in the middle of a high-stakes game of hide-and-seek played by two world powers—a game that could end in all-out war. 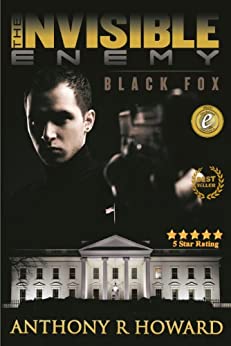 There is a secret that will bring America to its knees. Reporter Dorian Valentine discovers this horrific truth. To stop her, foreign powers have constructed the most dangerous network of secret operatives ever known - created for the ultimate trinity: Intelligence, Espionage, and Warfare. Nothing is what is seems. Global Ebook Award Finalist 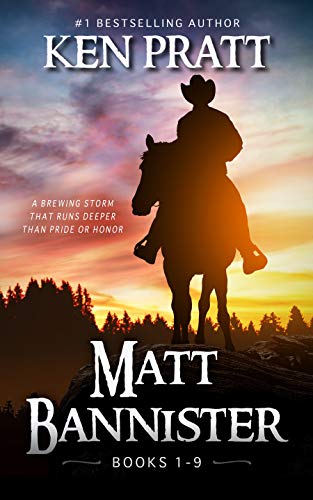 A BREWING STORM THAT RUNS DEEPER THAN PRIDE OR HONOR…

Fifteen years ago, the young Matthew Bannister ran away from the town of Willow Falls. Now famed U.S. Deputy Marshal Matt Bannister is coming home to reconcile with his family. He quickly realizes that old feuds unsettled never die and he must come face to face with his painful past.

Matt is a fighter, a killer and a tough man who isn’t afraid to stand his ground against anyone. Across the Oregon mountains he encounters religious prosecution, murder, kidnapping and lies – but he also experiences love, family, justice and the power of prayer. 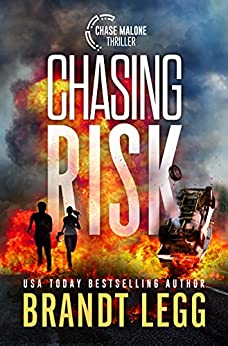 They know what you like, who your friends are.
They know where you go, what you think.
They know the risk you pose . . .
And you know nothing.

A fugitive billionaire and a former spy stumble onto an ominous program where everything about our modern lives is dissected, processed, and packaged, not to sell us things, but to sell us ideas, to control us, to make sure we don’t shatter the illusion. Chase and Wen face the worst dangers of their lives when the most malicious organizations in the world see them as a critical risk.

The greatest risk of all is not taking a chance.
Can be read as a stand-alone novel. Series can be read in any order.
An Action Adventure Espionage TechnoThriller. Get it now!

Find out why a million copies of Brandt Legg's books have been sold/downloaded worldwide, a USA Today bestselling author who uses his unusual real-life experiences to color page-turning thrillers.