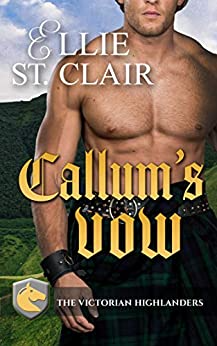 Will he honor his promises and hold his family together?Callum McDougall’s fate has never been in question. He will follow in his father’s footsteps and become chieftain of his clan. A clan that is struggling in a Scotland where their very way of life is threatened by the industrial revolutions that are leaving them behind. All of that, however, will have to wait. For when Callum’s cousin, Gregor, goes missing, there is no one else Callum trusts to find him, leading him to embark on a journey that might just change his life forever.Will she have her freedom, no matter the cost?Victoria should have listened to her aunt’s warnings. But the time for regrets is not necessarily while hanging off the trellis outside of a duke’s second-story window. After nearly being manipulated by her stepfather into a marriage orchestrated for his own financial gain, Victoria Brighton escapes just in time. Now she must create a new future for herself, one which she is determined will never again include reliance on a man who might yet again use her as a pawn.They must find the answers they seek...One accidental starlit encounter leaves Victoria and Callum at odds, with one another, and with themselves over the intensity of attraction they feel for one another. But the more they try to fight it, the harder it will be to leave one another behind. Knowing a future between the two of them can never be, how will the unlikely new allies ever be able to say goodbye?For readers over 18 due to some steamy content. Note: Callum's Vow was previously published as Hearts of Starlight and The Scot's Vow by Audrey Adair.