Calling Back the Dead 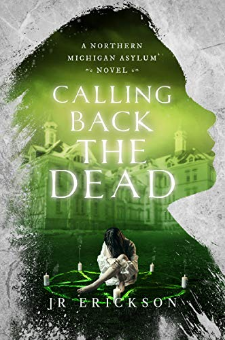 The sprawling Kerry Manor has stood abandoned for nearly a century.But that hasn’t kept the darkness at bay. Stories about the cursed house trickle out. Violent deaths, strange sightings, and always the chilling sound of a little girl’s song permeates the murky halls.Today, Kerry Manor is restored to its original grandeur. Corrie and Sammy Flynn, and their daughter Isis, move into the house for a winter retreat. As they settle into the dim, gothic rooms, they cannot imagine the terror that awaits them. Kerry Manor houses a malevolence that spans a century. A twisted tale that began when a little girl went into the Northern Michigan Asylum for the Insane and emerged as something dark - something evil.Kerry Manor is the second novel in a series of stand-alone stories in the Northern Michigan Asylum Series. Start your chilling journey today.