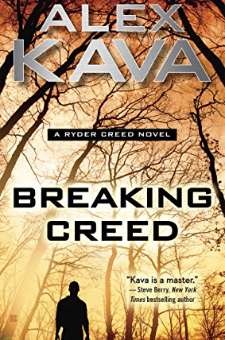 From the New York Times bestselling author of the Maggie O’Dell novels comes the first novel in a thrilling series featuring an ex-marine turned K9 rescue dog trainer…Ryder Creed and his dogs have been making national headlines. They’ve intercepted several major drug stashes smuggled through Atlanta’s airport. But their newfound celebrity has also garnered some unwanted attention.When Creed and one of his dogs are called in to search a commercial fishing vessel off the coast of Pensacola Beach, they discover a secret compartment. But the Colombian cartel’s latest shipment isn’t drugs. It’s human...Meanwhile, FBI agent Maggie O’Dell is investigating a series of murders she suspects to be the work of a brutal assassin. By the time she uncovers a hit list with Creed’s name on it, it might be too late to help him. For someone is already on the way...