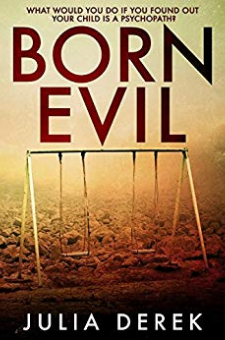 WHAT WOULD YOU DO IF YOU FOUND OUT YOUR CHILD IS A PSYCHOPATH?One night when Jennifer Hanson returns home, she catches her 12-year-old son Shane stabbing their cat to death. Thankfully, he doesn't see her. Having long known Shane has a brain with psychopathic tendencies, her worst fears may be confirmed. Ever since he accidentally shot his father to death at age six, she has done everything she can to ensure Shane doesn't become a full-blown psychopath. He has behaved normally up until now. Have her efforts been in vain? She can tell he's changing, becoming increasingly dangerous, but she can't stomach putting him in a psych ward. But then she finds pics of a dead girl in his phone, a girl everyone thought had died accidentally...NOTE: BORN EVIL is a stand-alone psychological thriller with no sex and little violence. A BOX SET CONTAINING ALL THREE BOOKS IS NOW AVAILABLE FOR $8.99.