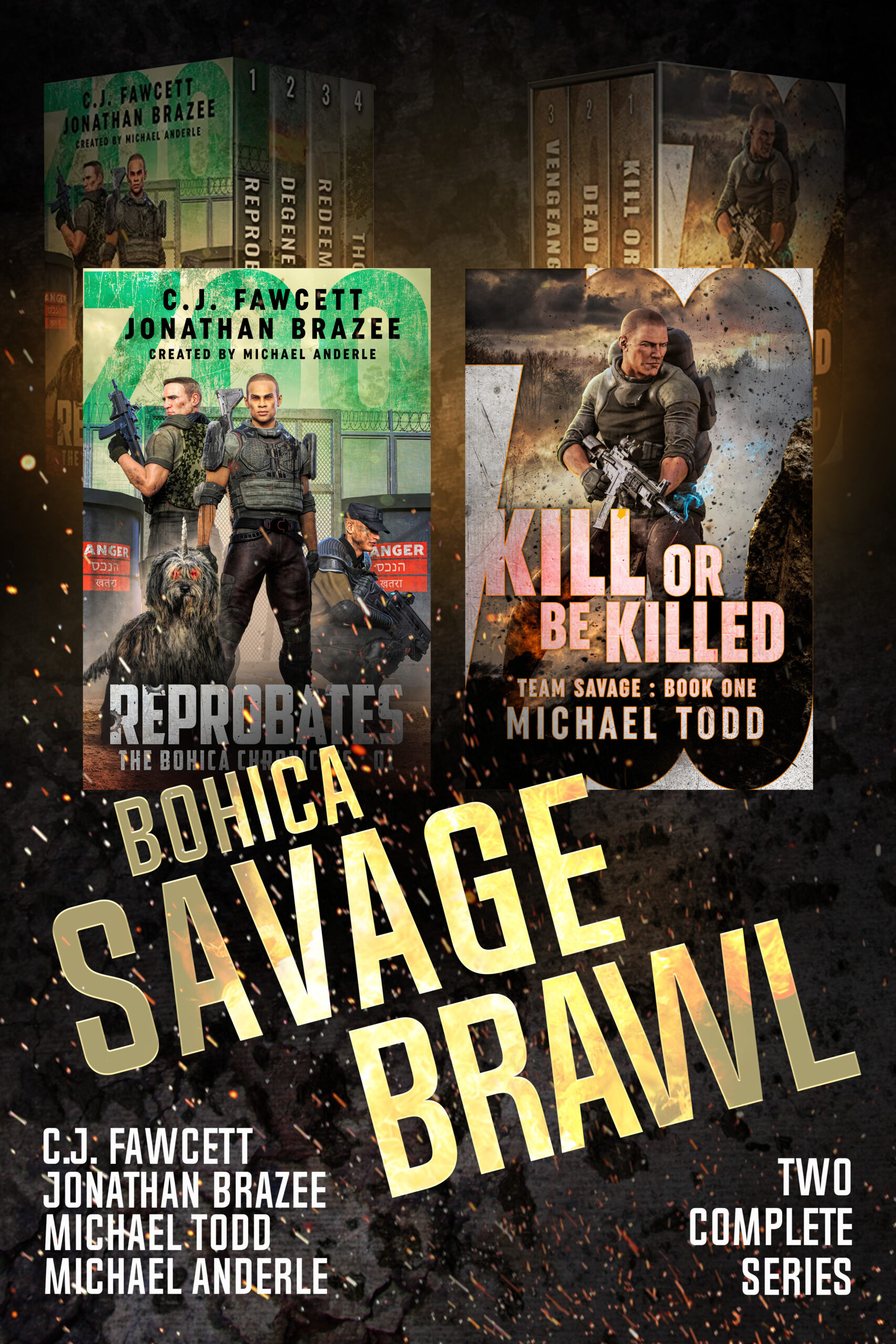 "What do you know about the ZOO?"

Delve into the adventures and dangers The Zoo has to offer with two complete series set in an alien oasis in the desert. Get both The Bohica Chronicles and Team Savage in this 7-book boxed set.

Kicked out of the military for brawling, what can three friends do to make some needed money?

With nothing in their future, they decide to give the Zoo a shot.

Without the contacts, without backing, without knowing what they are getting into, they scramble to get their foot in the door to even make rent in one of the most dangerous areas in the world.

With high rewards comes high risk. Can they learn on the job, where failure means death?

Relying on their training, they will scratch, claw, and take the most dangerous jobs to prove themselves, but will it be enough? Can they fight the establishment and the Zoo at the same time?

Inside the ZOO isn't the only place people where people act greedy. Doctor Courtney Monroe has taken control of her Dad's legacy - she merely needed two men to help make it happen.

Will Anderson and Savage stay up to the task?