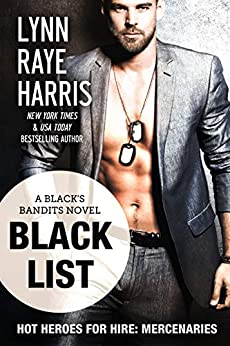 Jace Kaiser is a man without a country, without connection. His only loyalty is to the group who saved him, and the man who leads them.
Until her...

The assignment should have been easy. Capture a deadly assassin and take her to HQ. But flawed intel leads to disaster, and Jace abducts a beautiful art appraiser instead. Intrigued by her courage, he's drawn to her in ways he can't explain. Dr. Madeline Cole stood up to him, fought for her identity, and never backed down. She's the kind of woman he could fall for if it wasn't so dangerous--for her.

Then Maddy is targeted for elimination because she's the sole person who can identify the mysterious female assassin--and the only thing standing between her and certain death is the sexy mercenary who swears he'll die before he lets anything happen to her. As the passion between them ignites, it seems clear that keeping Maddy safe has become the most important assignment of Jace's life.

Even then, protecting her might not be enough--because Jace has secrets that could destroy them both. And someone is determined to unmask them all...