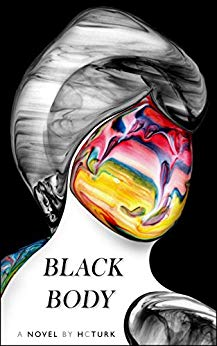 Originally published by Villard to rave reviews, BLACK BODY is the story of a white witch, Alba, and her struggles to survive 18th-century English society. *Completely revised*     BLACK BODY is a sweeping tale of good and evil, and the captivating woman intimately acquainted with both. Set in England and Wales, the story is told in the form of testimony given by an imprisoned witch who must reveal all the secrets of her race or be burned and become a “black body.” Both literary fiction and convincing fantasy, BLACK BODY is as compelling as magic, as touching as a daughter’s love.      Alba is the rarest example of her race: the invert or white witch. An anomaly to her equally gentle but unsightly sisters on Man’s Isle because of her uncommon beauty, Alba alone is able to pass as a “sinner"—as witches refer to normal humans—and to excite the desire of mortal men. After her mother is executed for witchcraft, Alba becomes the ward of a sinner, Lady Amanda Rathel, who brings the girl to London and instructs her in the ways and wiles of society. Lady Amanda’s design for Alba is a consummate act of revenge. Appreciating that sexual contact between this witch and a male sinner can be fatal to the latter, Rathel plans on raising Alba as a lady, then marrying her off to Eric Denton, handsome son of a man who jilted Amanda. During the next several years, in which she survives not only Rathel’s stratagems but the British constabulary and her own prejudice against sinners, Alba comes to love Eric deeply, even though she can only satisfy his passion at an unspeakable price.