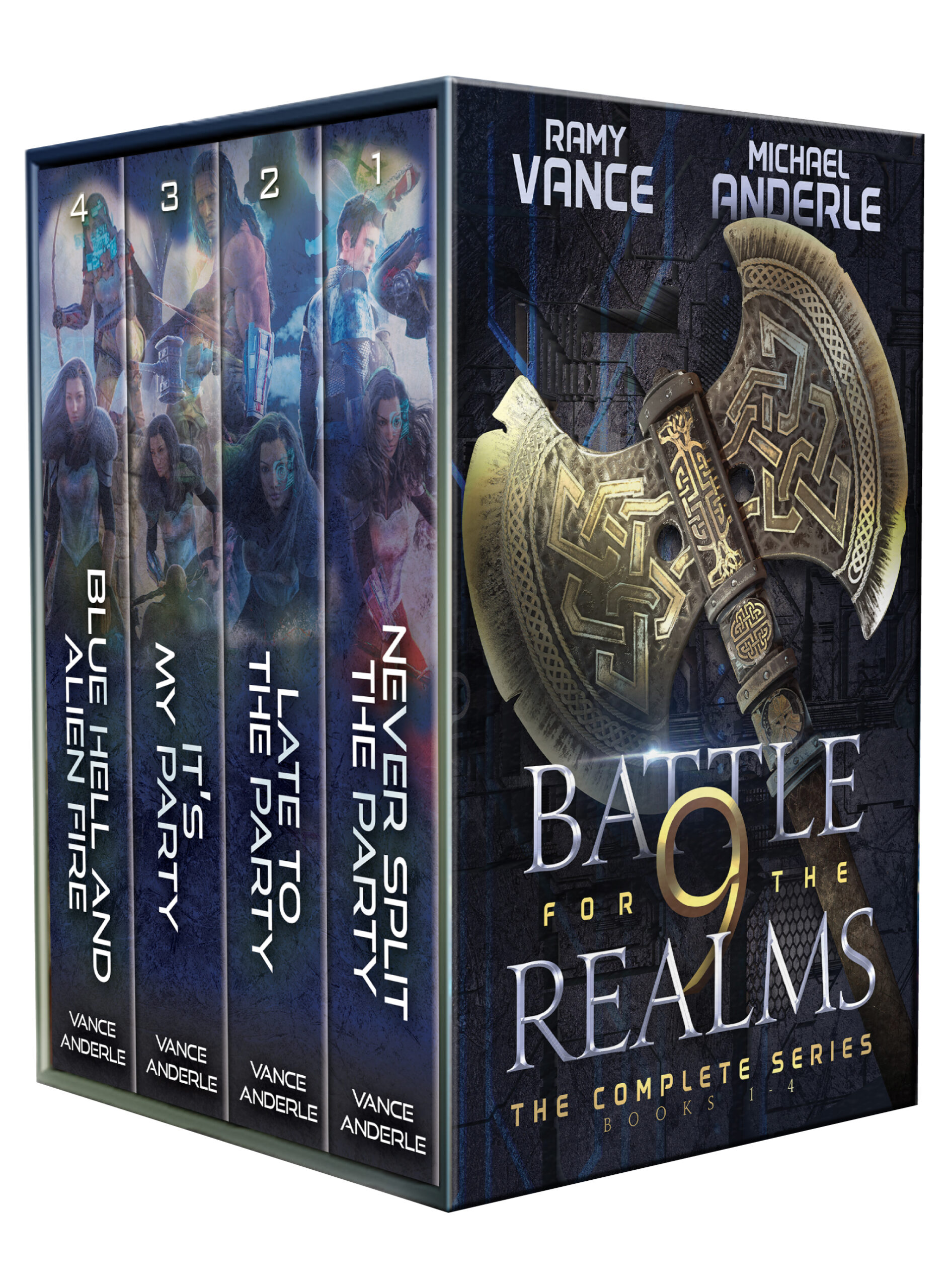 This is no ordinary VR fantasy game. It’s a portal to the Nine Realms, where dwarves, gnomes, elves, and the forces of Darkness are real.

The Dark One has figured out a way through the portal. An army of humans must rise and fight the evil threatening to end life as we know it on Earth.

Humans have one chance to save the world—gamers must become elite warriors who portal to the Nine Realms and defeat the Dark One’s forces on magical soil before it’s too late.

Few are as badass as Robert ‘Suzuki’ Fletcher and his adventuring party: The Mundanes.

The only problem? Suzuki’s dungeon delvers failed the test and were rejected by the human army. Luckily for humanity, the secret Guild known as the MERCs welcome the Mundanes into their ranks.

What’s lucky for humanity is unlucky for the Dark One.

The battle for the Nine Realms is on! Suzuki is about to get an up close and personal insight on why humanity have been sharing stories about elves and dwarves for thousands of years.

Can the Mundanes prove their detractors wrong as they traverse the complex world of the Nine Realms in their epic battle against the forces of Darkness? Will they survive long enough to reach end game?