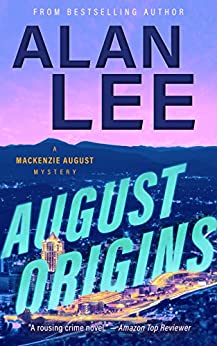 Mack August, frustrated Los Angeles police detective, moves to a smaller city in Virginia to start over. Rather than join the force, he opens his own P.I. shop and hires out to local attorneys--until Sheriff Stackhouse comes calling, a stunner in designer khakis. Trouble has arrived, she explains, in the form of a gang general from the West Coast. He's galvanizing the drug trade using vicious strong-arm tactics, and the police can't identify him.

The Sheriff begs Mackenzie to take a temporary assignment teaching at an inner city school, to infiltrate the general's operative ranks inside, identify the crime boss, and bring him down. It's an impossible task; he'd be a bull in a china shop. He could lose his license and people might get hurt. But if anyone can pull it off...

It's the next great private detective, Mackenzie August.