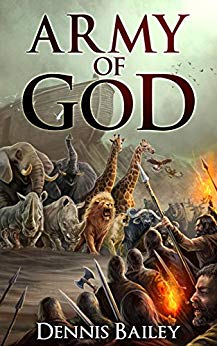 "It is Noah's Ark meets Game of Thrones, unique and surprising." - Rowena Kuo, Award winning editor and publisherOne of the most beloved and enduring stories of all time . . . One of the most recognizable characters in history . . .A plot by a rival to kill Noah and his family is thwarted by a beautiful young woman, who joins them as they flee the ancient Biblical city of Eden. A year later, the Lord reveals His plan to destroy the earth by flood and commands Noah to build an ark. Only the news is met with skepticism and opposition from members of his own family. Eventually, word of the ark reaches Eden, prompting the rival to send an army of five thousand men to destroy it.However, Noah has an army of his own.Action, adventure, and suspense combine with the Biblical account of Noah's Ark to create a heart-pounding page-turner that will stay with you long after the flood waters have receded.