Armilus: And So, The End Begins 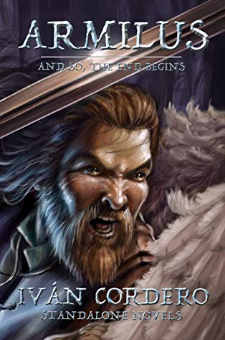 Armilus is a simple woodsman, keeper of a vast redwood forest, when he’s struck by calamity and plunged into a time of chaos. He is thrust into a world never meant for his kind, one where forces beyond his grasp battle for the balance of power between the realms. At odds with nature, man, immortals, and ultimately, the Creator, Armilus must find his place in the new world. It’s a time of light and darkness, where what lurks in the shadows often holds the deepest secrets.Surviving nature is one thing, but confronting the wrath of the Creator and his immortal hunters is another. Cast into a sea of unknowns and helped by an unlikely ally, Armilus can only hope to return home alive. But where is home when everything that he loves lies at the bottom of the cold, dark waters? And what role does Armilus play in this epic game of destruction and rebirth?