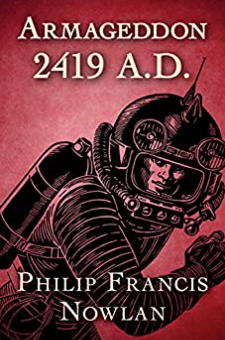 The groundbreaking novella that gave rise to science fiction’s original space hero, Buck Rogers. In 1927, World War I veteran Anthony Rogers is working for the American Radioactive Gas Corporation investigating strange phenomena in an abandoned coal mine when suddenly there’s a cave-in. Trapped in the mine and surrounded by radioactive gas, Rogers falls into a state of suspended animation . . . for nearly five hundred years.   Waking in the year 2419, he first saves the beautiful Wilma Deering from attack and then discovers what has befallen his country: The United States has descended into chaos after Asian powers conquered the world with advanced weaponry centuries before. All that’s left are ragtag gangs battling for survival against their brutal overlords.   But when Rogers shows them how to band together and fight for more than mere survival, he sparks a revolution that will decide the fate of the future world.  This ebook has been professionally proofread to ensure accuracy and readability on all devices.