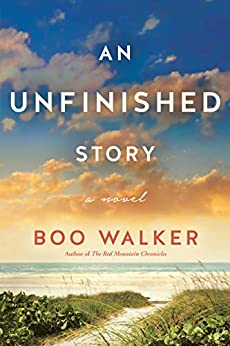 A grieving widow and a disenchanted writer form an unexpected bond in a novel about second chances and finding the courage to let go of the past.It’s been three years since Claire Kite lost her husband, David, an aspiring novelist, in a tragic car accident. Claire finally finds the courage to move on; then she discovers among the remnants of her shattered world her husband’s last manuscript. It’s intimate, stirring—and unfinished. An idea comes to her…What if she can find someone to give David’s novel the ending it deserves?Whitaker Grant is famous for his one and only bestselling novel—a masterpiece that became a hit film. But after being crippled by the pressure of success and his failed marriage, Whitaker retreated from the public eye in his native St. Petersburg, Florida. Years later, he’s struggling through a deep midlife crisis. Until he receives an intriguing request from a lonely widow. To honor David’s story, Whitaker must understand, heart and soul, the man who wrote it and the woman he left behind.There’s more to the novel than anyone dreamed. Something personal. Something true. Maybe, in bringing a chapter of David’s life to a close, Claire and Whitaker can find hope for a new beginning.