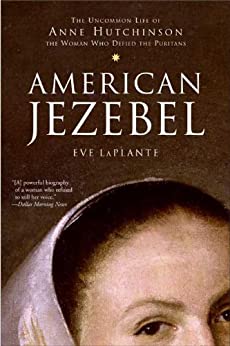 In 1637, Anne Hutchinson, a forty-six-year-old midwife who was pregnant with her sixteenth child, stood before forty male judges of the Massachusetts General Court, charged with heresy and sedition. In a time when women could not vote, hold public office, or teach outside the home, the charismatic Hutchinson wielded remarkable political power. Her unconventional ideas had attracted a following of prominent citizens eager for social reform. Hutchinson defended herself brilliantly, but the judges, faced with a perceived threat to public order, banished her for behaving in a manner "not comely for [her] sex."Written by one of Hutchinson's direct descendants, American Jezebel brings both balance and perspective to Hutchinson's story. It captures this American heroine's life in all its complexity, presenting her not as a religious fanatic, a cardboard feminist, or a raging crank—as some have portrayed her—but as a flesh-and-blood wife, mother, theologian, and political leader. The book narrates her dramatic expulsion from Massachusetts, after which her judges, still threatened by her challenges, promptly built Harvard College to enforce religious and social orthodoxies—making her the mid-wife to the nation's first college. In exile, she settled Rhode Island, becoming the only woman ever to co-found an American colony.The seeds of the American struggle for women's and human rights can be found in the story of this one woman's courageous life. American Jezebel illuminates the origins of our modern concepts of religious freedom, equal rights, and free speech, and showcases an extraordinary woman whose achievements are astonishing by the standards of any era.