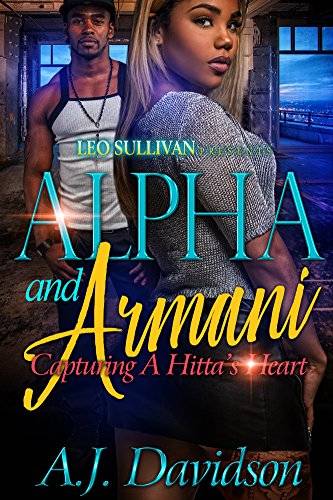 Armani was a rich girl with a low-key lifestyle. When she fell in love with a charming bad boy named Tommy, she was ready to risk it all, until a devastating secret shattered her world. After getting her heart broken, Armani refused to give up on love, so she picked up the pieces of her heart and tried to move on with her life. That's where Alpha came in. He and his brother Omega were two of the deadliest, most ruthless men in Chicago, but they had a soft spot for the women they loved. The moment Alpha laid eyes on Armani, he knew she was the perfect girl for him. The fact that she was sexy, spoke different languages, and had a feisty attitude was a bonus, but everything that glitters ain't gold. Old skeletons resurface, and Alpha finds himself fighting to secure his spot in Armani's future, even if that meant getting rid of someone from her past. When Armani's best friend Summore begins dating Omega, she didn't expect things to take off so fast. Still dealing with old feelings and secrets of her own, Summore finds herself playing a dangerous game that could cost her everything. Omega was blind to Summore's ways in the beginning, but once her betrayal hits too close to home, Omega snaps and the hitta in him returns more savage than ever. Things quickly spiral and Summore must make a critical decision or lose her life. With all the drama and secrets, which couple will make it? Two men with the hearts of a lion; two women fighting to tame the beast in them. These women prove that Capturing a Hitta's heart may be easy; keeping it is the hard part.