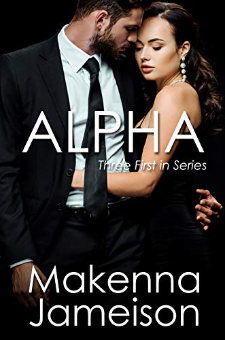 Three sizzling romantic suspense first in series books in one box set!SEAL THE DEALShe needs his protection as much as she needs his heart…Attorney Rebecca Mayes has already endured more than her share of tragedy. After her husband was killed in an accident, she’d do anything to shield herself from more heartache. Her success in the courtroom has not come without costs though. The disgruntled ex-husband of a client is seeking revenge—and his sights are set on Rebecca.Navy SEAL Patrick “Ice” Foster vowed never to be in a relationship again. The gorgeous brunette he meets on the beach isn’t going to change his mind—no matter how tempting her feminine curves and fierce independence may be.Despite their determination never to fall in love, Rebecca and Patrick can’t deny the connection between them. When danger lurks around every corner, she knows there’s only one man she can trust to protect both her and her daughter. But who will protect her from a broken heart?SEAL the Deal, a stand-alone novel, is book one in the addictive Alpha SEALs series.MAKE ME YOURSA dirty-talking cop. A socialite from the Upper East Side. One night of temptation is all they have…Lily Franklin and Brock Rollins are the textbook definition of opposites attract. She’s a wealthy socialite. He’s a dirty-talking detective from Brooklyn. Lily always dates the right men, follows her parents’ wishes, and stays out of trouble. But when the sparks fly between Lily and the rough-and-tumble Brock, she can’t resist a too-hot-to-handle night with him. Even if she is playing with fire.Brock’s not the type of man to commit to one woman, but he is determined to make Lily his for a night. Convincing her to go home with him should’ve been the hard part—not leaving before he breaks her heart.When Brock responds to a robbery in Manhattan late one night, he never expects to rush to Lily’s side. But is he too late to save her—and to make her his?MAKE ME YOURS, a standalone novel, is book one in the Line of Duty series.ONE NIGHT WITH A MARINEThis Marine’s on a mission, and he won’t rest until she’s begging for more…Amy Mitchell has been trying to move on with her life, regretful of letting “the one” get away. She’s determined to forget about men and focus on her students and the art gallery she dreams of opening someday.The last thing on her mind?Her hunky neighbor Marine Corps Captain Jason Patterson.Jason has regrets of his own—and although there’s no turning back to fix the mistakes of his past, he’s determined to do things the right way this time around. Preferably with the brunette bombshell right across the street.As their paths cross, Amy realizes a little romance may not be a bad thing. But after a heated night in her neighbor’s bed leaves her questioning their chance of a future together, she starts to wonder—will the sparks between them only leave her burned?One Night with a Marine, a standalone romance, is book one in the Sinful Marines series.