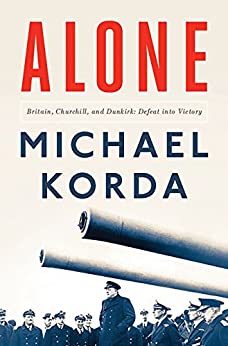 A BBC History Best Book of the Year

One of the most miraculous military rescue missions in modern history comes alive in this “superb and panoramic” (Washington Post) account of Dunkirk.
No one can evince the drama of what actually happened at Dunkirk in the year 1940 with as “great narrative skill and superb delineation” (David McCullough) as Michael Korda, the historian and legendary book editor. As dramatized in Christopher Nolan’s film Dunkirk, May 1940 was a month like no other: Germany’s war machine blazed into France, the impregnable Maginot Line crumbled, and Winston Churchill replaced Neville Chamberlain as prime minister as Britain, isolated and alone, faced a triumphant Nazi Germany. Against this vast canvas, best-selling author Michael Korda relates his own personal story, “by turns charming, powerful and poignant” (Minneapolis Star Tribune): that of a six-year-old boy from a glamorous movie family who would himself be evacuated. Weaving together “eyewitness detail and a fine sense of drama” (Boston Globe) to form an epic of remarkable originality, Alone movingly captures a moment of historic triumph—when an unlikely flotilla of destroyers brought 300,000 men home to safety.