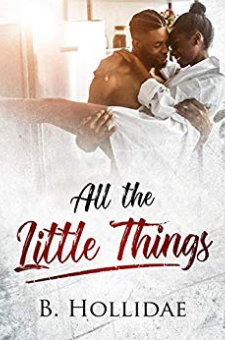 The First in the Complete Trilogy of Rafael's and Akilah's Story: An African American New Adult Urban RomanceAfter fleeing Miami for a new start, Akilah was the last thing 19-year-old Rafael needed. She was everything he avoided in the past with girls. Opinionated. Assertive. Shrewd. Too curious for her own good. Bold. Daring. The type you didn't want involved when you were running and had something to hide. He fell for her anyway. There are a lot of big reasons that Rafael shouldn't be with Akilah. There are a lot of big reasons why he can't be with her. But shouldn't and can't aren't in her vocabulary. And there are a lot of other reasons, little things really, that Rafael should be with her that outweigh the big things. But when his past, his abuser, the reason he lived on the streets for three years, the reason he can never go back home, the biggest reason he shouldn't get involved with Akilah, comes knocking on the door, Rafael has a choice to make. Confront it. Or lose Akilah forever.