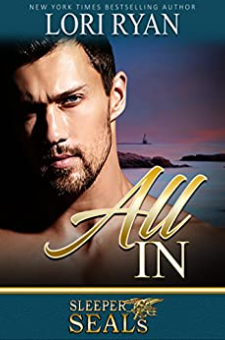 The Sleeper SEALs: former U.S. Navy SEALs recruited by a new counter-terror division to handle solo dark ops missions to combat terrorism on U.S. soil.Mission Assignment: Luke ReynoldsWhen a SEAL is in, he’s all inWhen hardened Navy SEAL Luke Reynolds sacrificed his career eight years ago to raise his sister’s child, he never looked back. Raising Naomi was the best thing he ever did with his life. But, she’s off to college and he’s left wondering what comes next.Returning to the teams isn’t an option, but when his former commander taps him, it isn’t hard to say yes to a covert mission tracking the masterminds behind a frightening new online threat to the safety of the United States and its allies.At least, not until single mom Lyra Hill ends up on his prime suspect list. When the people he loves the most end up at the mercy of forces with no conscience and nothing to lose, Luke is faced with a choice he never thought he’d have to make.Each book in this multi-author branded series is a standalone novel, and the series does not have to be read in order.