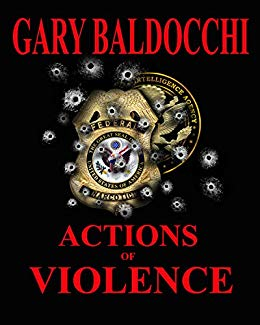 CIA agent Jack Connor battles the ruthless head of the Bogotá Cartel, Joaquin Gusto who kills anyone who jeopardizes his empire. Gusto has established a secret alliance with Jihad-7, an extremist terrorist group who has activated a terrorist sleeper cell in the San Francisco Bay area. Barrett, Connor's wife, a local prosecutor is involved in a homicide case that has devastating consequences.Brutal murders and assassinations are carried out by the cartel's top assassin, a former Russian Spetsnaz KGB operative, code-name Viper. The cartel's informant, a high-level U.S. government official, provides devastating information to the cartel while he also conspires with the band of ex-Army Ranger mercenaries and plots against the cartel to satisfy his own greed, spinning a web of deceit and death.The CIA director developed a top-secret program that sends agent Connor undercover as a DEA agent to derail this devastation. Connor must stop this sleeper cell. But first his assignment must pit him against the sinister empire of the Bogotá Cartel before he understands the magnitude of his true mission.Gary Baldocchi’s first novel is “Actions of Violence”, the first of a series of novels that pit CIA counter terrorist agent Jack Connor against a major U.S. terrorist threat. Gary has served the U.S. government for 29 years as a U.S. Marine Corps officer, as an NCIS and DEA Special Agent. NCIS assignments gave him counterintelligence and counterespionage experience. DEA assignments included serving as an undercover and case agent, as a tactical, self-defense and weapons instructor, supervisor and agent in charge. His government experience has transformed his first novel into an action packed thrilling adventure.