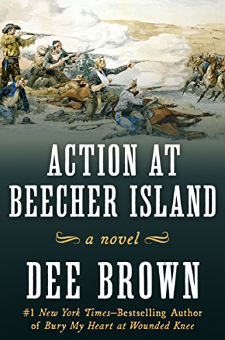 A gripping recreation of a notoriously bloody clash between US Army scouts and American Indian warriors, by the #1 New York Times–bestselling author.   Historian Dee Brown dramatically recounts the nine-day siege between Plains tribes and Major James William Forsyth’s scouts. Based on historical sources, the novel is told from a variety of viewpoints, including that of Lieutenant Frederick Beecher, still wounded from the Civil War and charged with clearing out American Indian settlements to make way for the Kansas Pacific Railroad. Beecher is joined by General Sheridan and Major Forsyth, as well as the scouts—from seasoned frontiersmen to young boys—employed to take part in the perilous mission. On the other side are the famous American Indian players in the battle: Turkey Leg and Roman Nose. With this complex assortment of characters, Brown vividly recreates the 1868 siege, as well as the competing worldviews of life on the prairies. This ebook features an illustrated biography of Dee Brown including rare photos from the author’s personal collection.