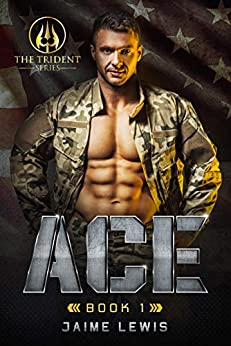 Orphaned at a young age, Alex Hardesty was raised by her Navy SEAL uncle. As a military brat, she naturally gravitated to the military life.

Two years ago, as a former National Security agent, Alex nearly died in an explosion during a covert operation. Now, working in the private sector, she’s been assigned to track down hostages in a place to where she’d promised herself she’d never return: Afghanistan.

Thirsty for revenge against the deadly regime that has caused trauma-ridden flashbacks, Alex vows to eliminate the source of her nightmares once and for all.

But on her first day back in the field she has a collision with a blue-eyed, US Navy SEAL that kick starts her heart, adding more drama to the already dangerous situation. Though she’s surrounded by friends and colleagues who care about her and have sworn to protect her, Alex fears someone within the ranks lacks trust and loyalty.

US Navy SEAL, Lt. Commander, Marcus “Ace” Chambers knew from the moment he first saw Alex Hardesty that she was special. But this is no ordinary woman. While she is beautiful and intelligent; she has a target on her back, making her the most wanted woman in Afghanistan.

With danger lurking behind every corner can Ace and Alex balance the romance building between them while preventing further harm to themselves and their team before it’s too late?

**This is Book 1 of The Trident Series