A Stranger in the Kingdom 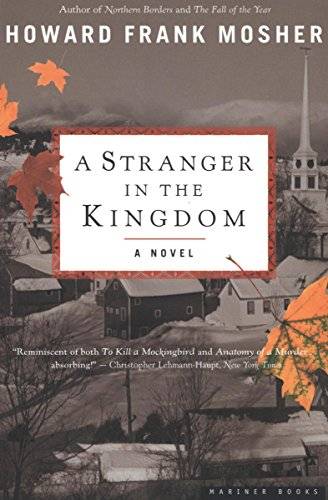 This novel of murder and its aftermath in a small Vermont town in the 1950s is "reminiscent of To Kill a Mockingbird... Absorbing" (The New York Times). In Kingdom County, Vermont, the town's new Presbyterian minister is a black man, an unsettling fact for some of the locals. When a French-Canadian woman takes refuge in his parsonage -- and is subsequently murdered -- suspicion immediately falls on the clergyman. While his thirteen-year-old son struggles in the shadow of the town's accusations, and his older son, a lawyer, fights to defend him, a father finds himself on trial more for who he is than for what he might have done. "Set in northern Vermont in 1952, Mosher's tale of racism and murder is powerful, viscerally affecting and totally contemporary in its exposure of deep-seated prejudice and intolerance... [A] big, old-fashioned novel." -- Publishers Weekly "A real mystery in the best and truest sense." -- Lee Smith, The New York Times Book Review A Winner of the New England Book Award