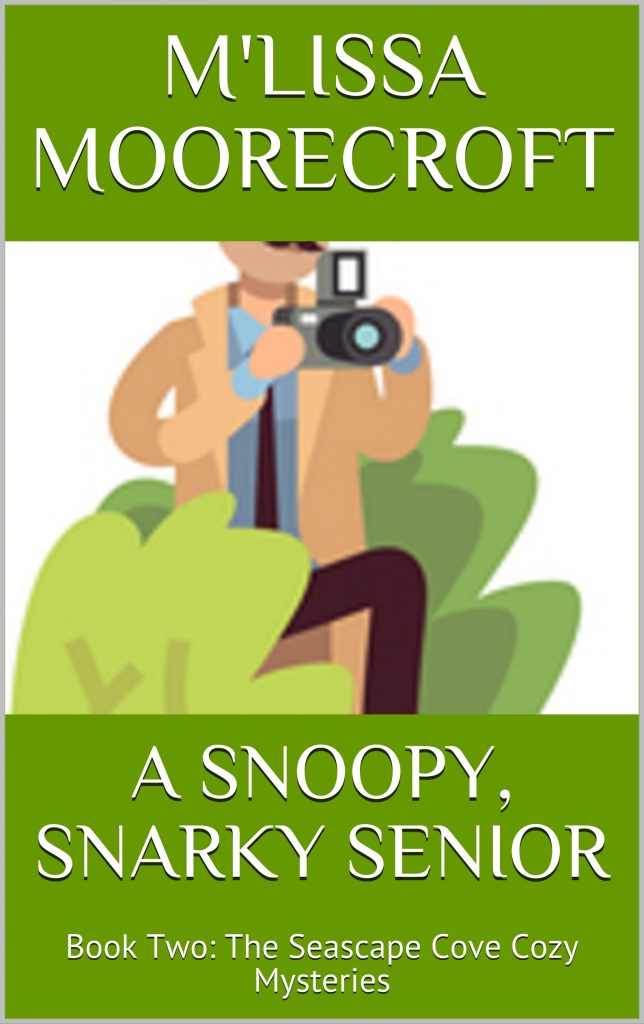 SNOOPY. SNARKY. SMART.
When retired Bank Manager Kevin Rodgers got an idea in his head, it took a stick of dynamite to dislodge it.

He’d decided that one of the charter boats moored in The Seascape Cove Marina was running drugs, and his chatter was making all the Captains pretty darned angry. He almost got into a fist fight with the owner of Judith’s Folly, the newest boat in the charter fleet.

Drat it, Police Chief Trent Marlow wasn’t taking him seriously either, so Kevin decided to prove once and for all he was a better detective than the professionals.

For over a month, Kevin spent every night perched on the cliff above Seascape Cove, scanning the horizon with his telescope. He knew everybody in town was laughing behind his back, but he was sure he was on the right track!

One night somebody came up behind him, knocked him out and threw him over the cliff.

Nobody was laughing now...

BUY the book now, and find out how Kevin's suspicions play out.